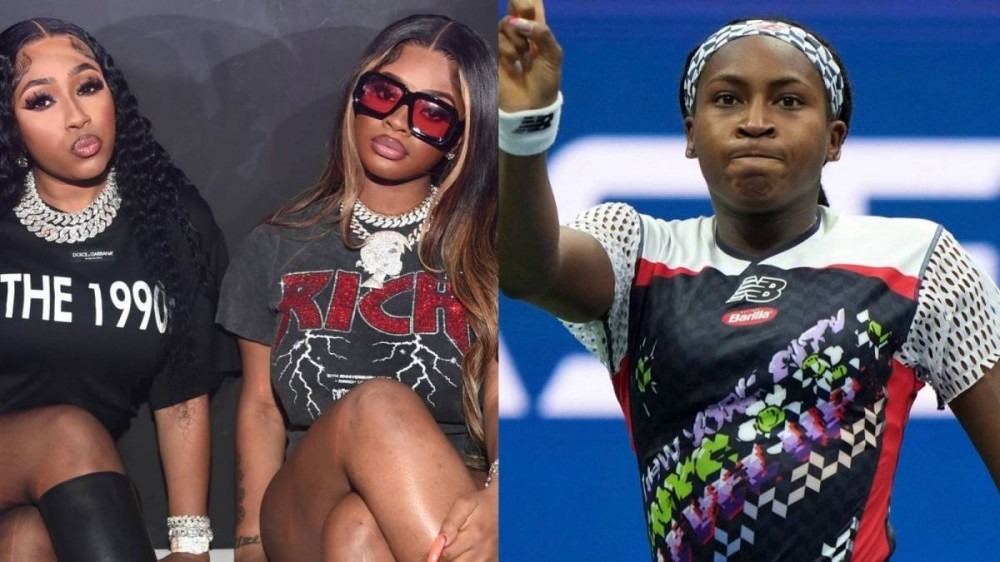 Shortly after Gauff beat Zhang Shuai in Round 4 of the 2022 US Open, the 18-year-old was fielding questions from the press when she was asked about some of her gestures during the match. She attempted to illustrate how she was channeling JT and Yung Miami as she played.

“That was a City Girls’ ‘period,’” she told the man. “It’s a City Girls summer. Period. That’s what it is. JT, Yung Miami, you don’t know? I got my long nails, it’s supposed to be like that. It’s feeding off the crowd.”

On Sunday (September 4), a Twitter user shared a GIF of the gesture, which caught Gauff’s attention. She replied, “lol you’re right… it wasn’t meant to come off any other way. I had a city girls song stuck in my head the whole match. So I was saying PERIODT in my head.”

lol you’re right… it wasn’t meant to come off any other way. I had a city girls song stuck in my head the whole match. So I was saying PERIODT in my head 😭

Elsewhere in the press conference, Gauff admitted the only “downside” was missing out on seeing some of her favorite artists perform in her hometown of Atlanta, including The Weeknd and Bad Bunny.

“I would say the best part is definitely just experiencing personal reactions with people when you meet them,” she said. “Every time, it just makes me take a step back. I feel like just never want to take this for granted, especially with the kids .[…] I never thought I would have such an impact on a person, and I know it’s multiple people now, but that’s the best part.

“There’s some downsides. You’re losing a lot every week, but the ups outweigh the bad. I guess the downside is I missed so many concerts at home. I missed The Weeknd, I miss Bad Bunny, I missed so many questions, so that’s the only downside.”

Gauff will now advance to her first quarterfinal appearance in New York. Watch the City Girls comments around the 2:18-minute mark below.