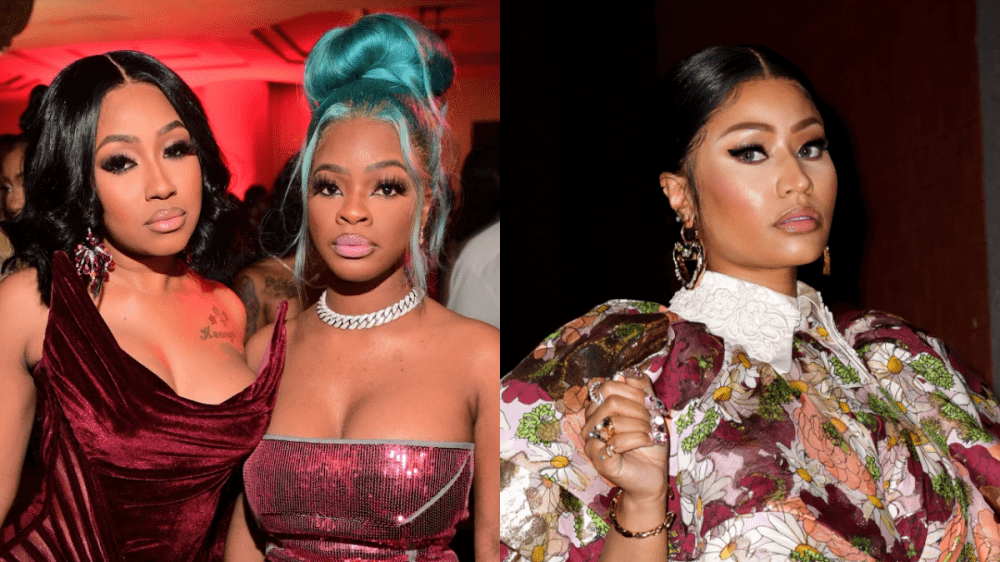 Miami, FL – Things between City Girls and Nicki Minaj appear to have been not that great, but that hasn’t dampened the Florida duo’s desire to work with the Queen of Hip Hop.

During a recent interview with GQ as part of their Actually Me series, JT and Yung Miami went “undercover” online and fielded questions from unsuspecting fans.

When one Tik Tok user asked about a potential City Girls and Nicki Minaj collaboration, JT didn’t hesitate to make it known that she still hopes to team up with the Queen rapper on wax.

“We’re hoping for it in the future, seriously,” she said. “A lot of people try to make fun of it, like, ‘Ahhh, you’re never going to get your feature!’ But you never know what can happen.”

JT’s comments echo those of Yung Miami, who also expressed her desire to work with Nicki Minaj during an interview with The Shade Room in August 2020.

It appears as though City Girls will have to smooth things over with Nicki before a collaboration happens, though.

In May, Yung Miami inadvertently revealed that Nicki Minaj had blocked her on Instagram when she publicly asked the Pink Friday rapper to unblock her on the social media platform.

It’s unclear why Nicki blocked Yung Miami exactly, although some fans have speculated that it stems from a Breakfast Club interview Miami gave in November 2018, when she declared her allegiance to Nicki’s former rival Cardi B.

“I am team Cardi, City Girls is team Cardi,” she said at the time. “Cardi supports the City Girls. We don’t have to ask. We’ll just wake up and see she tweeted about City Girls like, she really loves City Girls.”

Elsewhere during their GQ interview, City Girls talked about the origin of their fanbase’s Citizens nickname, their (uncredited) appearance on Drake’s “In My Feelings” and their songwriting process. Watch the full clip above.