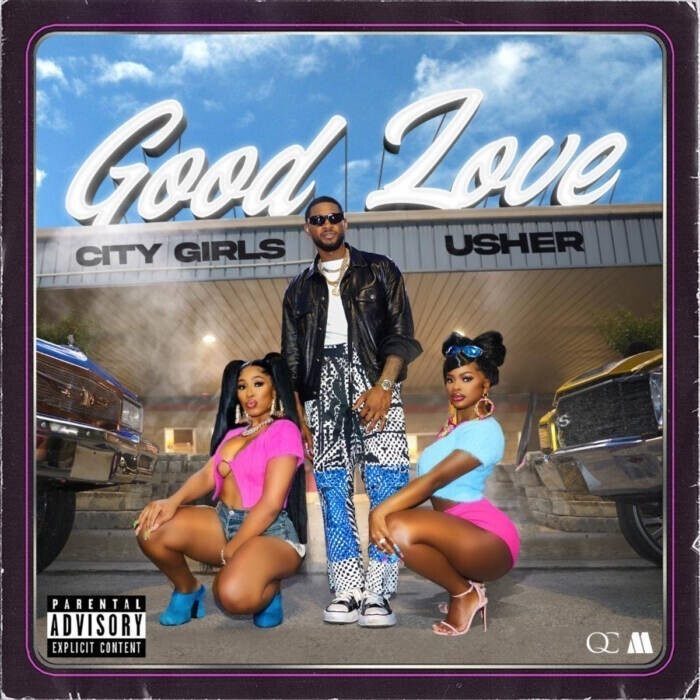 Heating up summer to a boiling point, Miami’s own multiplatinum duo City Girls return with a brand new single and music video entitled “Good Love” [feat. Usher] via Quality Control Music / Motown Records. The track’s upbeat production kickstarts a head-nodding dancefloor-ready groove. Eight-time GRAMMY Award-winner Usher cruises through with an instantly irresistible promise, “I can freak you ‘til the morning.” Meanwhile, Yung Miami and JT trade slick, seductive, and scorching bars. In the accompanying visual, Usher and the ladies take over a roller rink in true throwback style complete with show-stopping choreography on skates! It might just be the wildest video yet from City Girls.

It arrives on the heels of the fan-favorite “Top Notch” featuring Fivio Foreign. It has already amassed 3 million Spotify streams and over 7 million YouTube views on the music video. Right out of the gate, it landed major looks.  Right now, City Girls are prepping their follow-up to 2020’s City On Lock.  City Girls continue to run the game. JT recently joined forces with Summer Walker for “Ex For A Reason” on Still Over It, generating a staggering 32.2 million Spotify streams and 10 million YouTube views on the music video. Additionally, the album bowed at #1 on the Billboard Top 200.

Most recently from Yung Miami was the lasciviously lusty “Rap Freaks.” Now, these two are back and ready for their boldest moment yet. It’s a City Girl Summer!