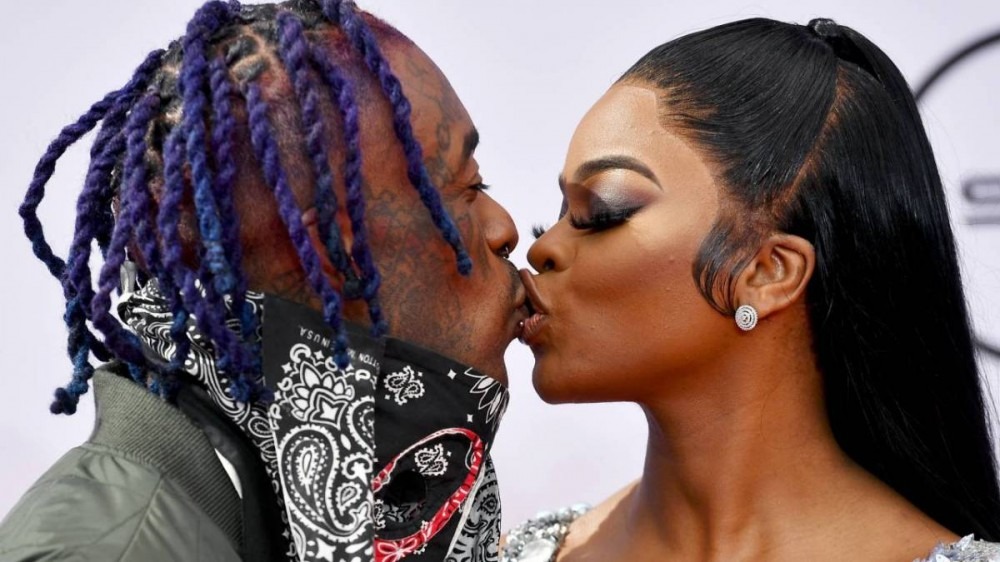 Columbia, MD – JT might be carrying a little one around. Rumors flew on social media Sunday night (September 19) when the City Girls took the Merriweather Post Pavilion stage in Columbia, Maryland, for 92Q’s End of Summer Jam with JT showing off what looks to be a baby bump along with her curves in a blue bodysuit.

Fans were joyous with the speculation of JT expecting her first child with boyfriend Lil Uzi Vert. The pregnancy theories gained even more traction when one fan went back to one of JT’s Instagram Stories from earlier on Sunday and called her out for wearing what looks to be a morning sickness bracelet.

“@TheGirlJT Def pregnant! That’s the morning sickness band I had when I was pregnant,” they wrote to Instagram.

Another added, “JT is pregnant, idc what nobody say. Watch.”

If JT is indeed pregnant, she’ll be a first-time mother. The 28-year-old is yet to respond to the rumors on social media. Lil Uzi Vert hasn’t said anything either and he’s in the gym making sure he’s staying swoll if fatherhood is on the horizon.

Lil Uzi Vert putting in work at the gym.💪🏽🏋️‍♂️ pic.twitter.com/GsHQvHa0Nx

As for the City Girls’ next public appearance, they’re slated to perform at The Aretha Franklin Amphitheatre in Detroit on September 25 alongside Kodak Black, Plies and more.