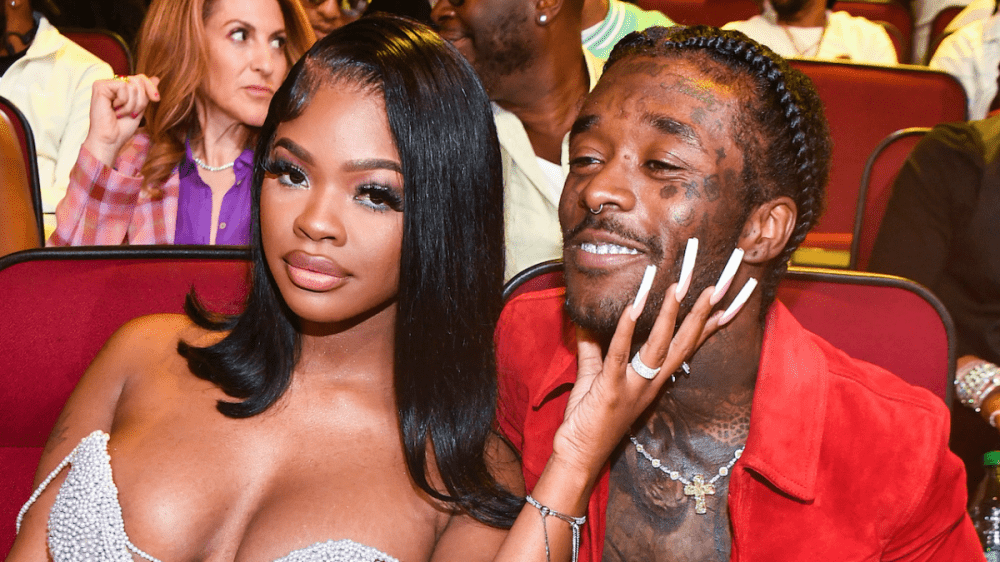 To mark the occasion, JT shared a video montage of adorable moments throughout her and Uzi’s two-and-a-half-year relationship, soundtracked by Kiana Ledé’s I Choose You.” She also declared her love for the Philadelphia rapper in her Instagram caption.

“I love you uzi,” she began. “I’m crying making this post because you are literally a dream come true! I feel like with everything I been through in life you are one of my greatest rewards! I wake up everyday to either your frown or smile …either works for me, as long as you’re right there.

“You are my best friend, my twin flame. you work so hard, you deserve the world! I love everything about you… from your main character energy to still being able to make me feel like I’m the only person in the room! I saw you go through so much & in those times you still held me down.”

She continued: “Mc Donald’s better not never get your order wrong, everybody know I don’t play bout my baby! Lmao ….I pray we find time to love each other forever & never let nothing come between us. ….you taught me a lot THANK YOU, I appreciate you…

“Nobody but you, can stop you!!!! keep going….you are an inspiration to many, I hope you never forget who you are. I can go some more but ima save the rest for tonight!!! City girls we are down today…..I love you crazyyyyyyyyyy, HAPPY BIRTHDAY LIL UZI HAPPY BIRTHDAY.”

Lil Uzi Vert celebrated their birthday by bringing a stack of cash to a nightclub on Sunday in the company of NAV and NBA star James Harden. They also got on the mic when the DJ played “Money Longer” off 2016’s Lil Uzi Vert vs. the World mixtape.

Red & White serves as a precursor to Uzi’s upcoming third studio album The Pink Tape, which has been in the works for over a year. Speaking with HipHopDX last August, Uzi said the project will be “experimental with the music and traditional on the mixing,” flipping the script on Eternal Atake.