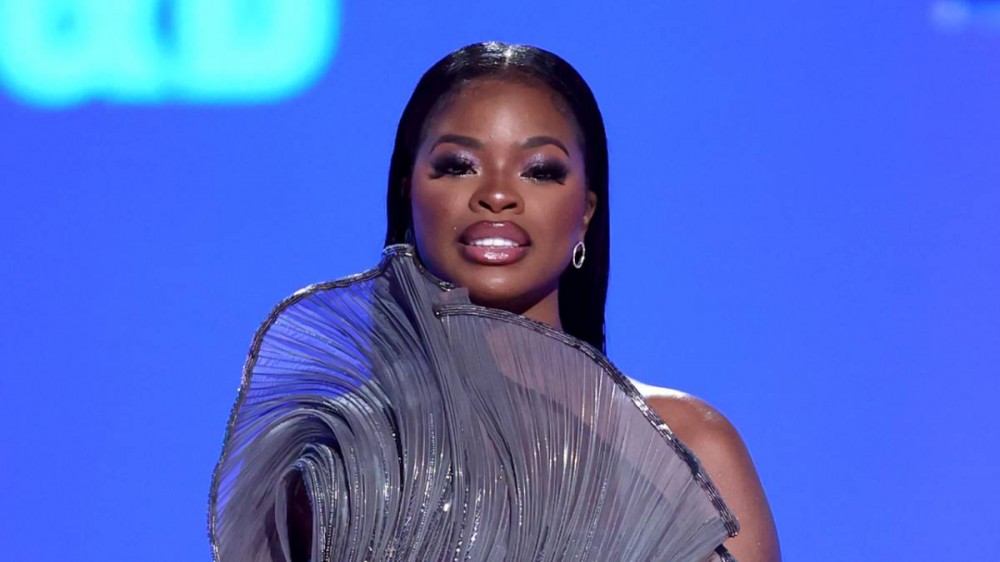 Las Vegas, NV – The City Girls were among the array of stars who attended the 2022 Billboard Music Awards in Las Vegas, Nevada on Sunday (May 15), but the night didn’t quite go to plan for JT.

While presenting the award for Top R&B Artist, which went to their “Pussy Talk” collaborator Doja Cat, the 29-year-old Miami native suffered an awkward wardrobe malfunction in front of the entire MGM Grand Garden Arena audience and those watching at home.

Footage circulating on social media shows JT’s ill-positioned gown leaving her crotch area exposed as she presented the award onstage next to her City Girls partner-in-rhyme Yung Miami. Fortunately, JT was wearing black underwear underneath her dress, but eagle-eyed viewers believed her panties weren’t the only thing on show.

“FIRE EVERYONE. Her pussy lip presenting omg,” one viral tweet read showing a photo of JT’s wardrobe malfunction, while another tweet read, “JT from the City Girls flashing her whole pussy on live television.”

JT’s unfortunate wardrobe malfunction resulted in the City Girls becoming a trending topic on Twitter on Sunday night as the social media platform was flooded by reactions to her Billboard Awards blunder.

However, JT didn’t seem too flustered by all the “kitty talk.” In response to one Twitter user who wrote, “Why nobody told @ThegirlJT to put her kitty away,” she replied, “I have on black Panties RELAX.”

I have on black Panties RELAX

This isn’t the first time JT has showed some skin. Last year, the Miami native stripped down to her underwear and posed alongside her on-again, off-again boyfriend Lil Uzi Vert on the cover of the UK fashion magazine Arena HOMME+. Of course, the City Girls are known for their often raunchy music videos, too.

Fortunately for JT, she wasn’t the only one who grabbed headlines during Sunday’s Billboard Music Awards. Diddy – who hosted the ceremony — was roundly bashed on social media for shamelessly promoting his new music and various business ventures, with the Bad Boy boss being crowned “the worst host ever.”

Check out more reactions to JT’s wardrobe malfunction below.

I wonder if that 🐱 talk English, Spanish, or French 👀 #BBMAs #citygirls #jt pic.twitter.com/8ivy1ECgh9

JT from the City girls out here showing her coochie #BBMAs2022 pic.twitter.com/Tf7hG4vNO3

Me immediately on my way to the #BBMAs after seeing City Girls Jt p*ssy: pic.twitter.com/UiwNvOeheL

So JT ain’t feel a breeze with her whole hoochie out like that? #CityGirls pic.twitter.com/tRkTkp9BLF