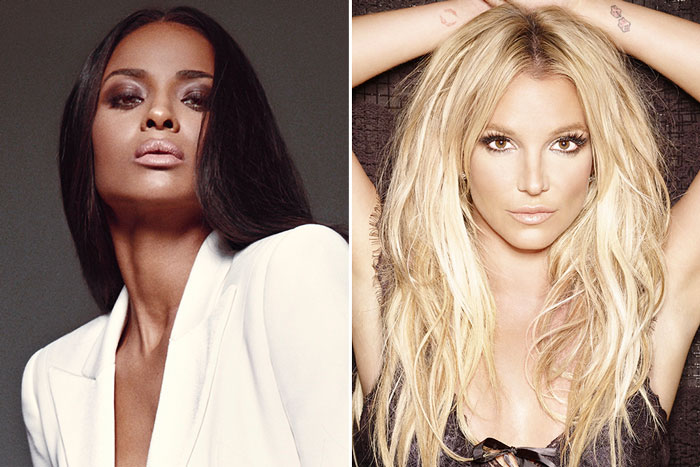 “Goodies” became a mega-hit for Ciara, but it almost went to another superstar.

While hosting her new Apple Music show, Level Up Radio with Ciara, the singer revealed that her 2004 debut single “Goodies” was almost given to Britney Spears.

“When I had this record, I knew that it was a very, very special record,” Ciara said of the Lil Jon-produced track. “And I worked so hard on this record and this industry can sometimes bring you incredible challenges, hence why I love the power of having my own record label.”

At the time, she was signed to Arista Records, but she, along with several other artists, were transferred to Jive Records when the label started making changes. That’s when she came up with “Goodies.”

“And when we went to Jive, I had the song ‘Goodies.’ I had to reaudition again, to be picked up and to be made a priority on the label. I did that, had a showcase, rocked it. Okay, boom, check.”

She didn’t find out until later that executives wanted to give “Goodies” to her labelmate Britney. “Had this record, but not knowing that behind the scenes, there was a conversation about this song being potentially taken from me and given to an artist like Britney Spears, who was on the same roster as me,” she said.

If she had known about it at the time, Ciara was willing to put up a fight. “I learned about the story later, but the crazy thing for me is that if I would’ve known about it then, I would have fought tooth and nail. It was because it’s a record that I actually was a part of creating. I was heavily involved in the writing side of it as well.”

“Goodies” turned out to be a huge hit for a then 18-year-old Ciara. The song topped the Billboard Hot 100 and remained there for seven weeks. “It was just kind of surreal to see that my dream was coming true,” said Ciara.

Elsewhere during Level Up Radio, Ciara revealed more gems from her past including JAY-Z’s reaction to hearing Ludacris’ verse on 2005’s “Oh.”

“Luda’s verse by far, I would say, was probably one of his hardest verses he’s ever done and I know he’ll tell you how JAY-Z called him up and was like, ‘Yo, your verse is crazy,’ and one of the best verses that he had heard,” Ciara recalled. “It was really cool to see the love and respect that was happening in this moment and in this movement together, this record. Us being from Atlanta and just the feeling that it was for our hometown.”

Ciara is now focused on the future including her empowering new single “Rooted” with Ester Dean. Last month, she and her husband Russell Wilson welcomed their son Win.