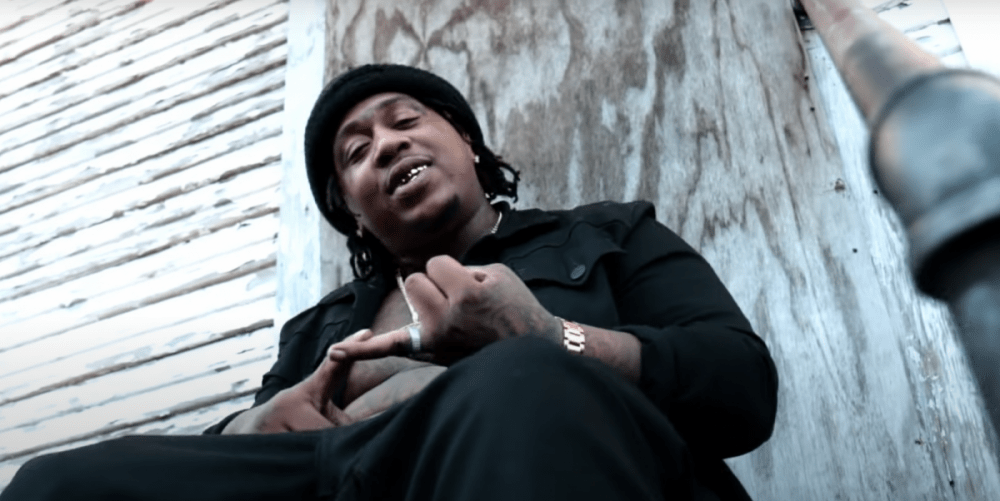 According to Fox 5, Thomas was taken into custody by multiple law enforcement officials as he exited a plane at Hartsfield-Jackson Atlanta International Airport. Gwinnett County inmate records show he was booked on December 18 and is facing malice murder and aggravated assault charges in the rapper’s death.

Chucky Trill was killed on March 5, just hours after touching down in Atlanta. The 33-year-old Houston rapper was fatally shot while driving down Interstate 85, not long after attending an Erica Banks show at a local club. Police spokesman Cpl. Collin Flynn said investigators believe the shots were fired into Chucky’s car from another vehicle.

“Obviously these types of shootings are very concerning for the police department,” Flynn said at the time. “Not only do you have the two vehicles involved in the shooting, but you also have multiple people that are driving on the interstate that could also be victims in these types of crimes.”

Chucky Trill was the son of popular H-town rapper D of Trinity Garden Cartel who rose to notoriety in the 1990s until legal troubles caught up to him. He wound up serving roughly 20 years in prison until his release in 2016.

On the other hand, Chucky was just starting to get his footing in the rap scene when he was killed In June 2020, he dropped a video for “Basic” and followed up with another video for his own “Buss It” single a few weeks later. During an interview with The Donnie Houston Podcast,  he talked about being a “workaholic” and different ways he could “solidify” himself as a “boss.”

Chucky Trill is one of nearly two dozen rappers who’ve been violently killed in 2021. Most recently, Drakeo The Ruler was stabbed to death backstage at the Once Upon A Time In L.A. Festival. The incident occurred roughly one month after Young Dolph was shot and killed in his hometown of Memphis.

Chucky Trill’s family is already celebrating Thomas’ arrest. On Wednesday (December 22), they posted a photo of him to Chucky’s Instagram account and wrote in the caption, “God Will Always Prevail && Even Tho This Is Only The Beginning, It’s A Step In The Right Direction. We Gone Get That Justice For You Chucky!”