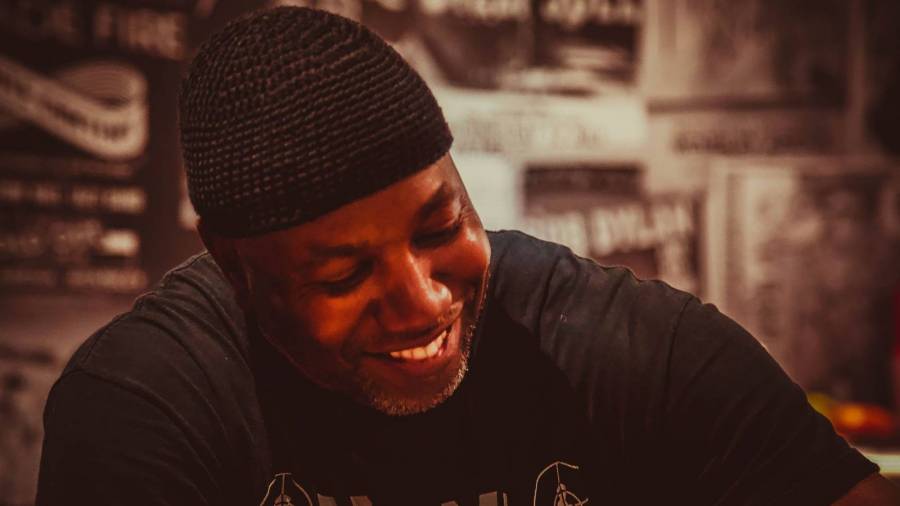 Oakland-based MC/educator Jahi has repeatedly proven himself to be fierce on the mic — just ask Chuck D.

The two rhyme animals have been swapping bars as PE 2.0 and Enemy Radio for years and in fact, the Public Enemy legend finds Jahi so invaluable, he invited him to be part of the 2020 “Fight The Power” remix featuring Nas, YG, Rapsody, The Roots’ Black Thought and Questlove, which opened the BET Awards earlier this year.

Despite their long history, Jahi tells HipHopDX he feels intimidated “every time” he raps alongside the Hip Hop luminary.

“It’s Chuck D!” he tells DX. “In 1999, when I decided to take a leap of faith and become a microphone journeyman, the first order of business was to get rid of fear. I’ve never been afraid to rock a stage, anywhere, anytime, with anyone. What I see it as more than intimidating is the best Hip Hop school ever.

“I am forever a student and fan of our culture, and Chuck, to me, is our Malcolm X. He’s the shining prince of rap. He’s G.O.A.T. status. He empowers people who can appreciate it.  When it comes to rhyming with Chuck, I see it as such a high honor — there’s nothing left to do but bring your best.”

“Outside of working with Chuck D, it’s one of the greatest accomplishments of my musical career,” he says of working with Tuff Gong. “Why? Because it was the music of Bob Marley and Ziggy Marley that changed my life while living with my Dad in Jamaica in 1989.

“I embraced Rasta in 1990 and it has been my livity ever since. The message in the music, the speaking of Africa, redemption and freedom songs completely transformed my life. The fact is I was on a trajectory in 1989-90 that would have surely ended my life early.”

Jahi attended his first reasoning in the Clarendon hills of Jamaica and it was Bob Marley’s music that helped him develop the cultural consciousness and worldview he attempts to live by every day.

“The legacy of Tuff Gong, with his late wife Rita Marley as Queen mother and his eldest daughter Cedella, who’s the CEO of Tuff Gong International, and The Marley Brothers, it’s an incredible story of building a legacy,” he says. “That means a lot to me. Bob’s grandchildren are now springing forth bringing the same message for a new generation — it’s a high level of respect and honor.”

All roads lead to REASONINGS this Saturday 10/10/20. 10 songs that sPEak to now. Looking forward to sharing this music and experience with you all. Artwork by @afroscope

The project’s inaugural single “No More” features Tuff Gong recording artists Arron Nigel on vocals and Jubba White on drums while the album itself was entirely produced by Jahi himself, a first for the seasoned artist.

“I am no David ‘C Doc’ Snyder or DJ Premier,” he notes. “But what I make is something I call social commentary over simplified boom bap, which I think was helpful in allowing me space and time to lyrically be in the lane I’ve been in for 22 years. “

Reasonings emerged over the past several months as the COVID-19 pandemic made its way across the globe. Immersed in the reggae music of artists such as Chronixx, Protoje and Koffee and the Hip Hop of Skyzoo, Nas, Sa-Roc and, of course, Public Enemy, Jahi took the extra time quarantine has provided and put all of his energy into crafting a lyrically powerful, reggae-influenced Hip Hop opus.

With Tuff Gong and Chuck D in his corner, Jahi is moving forward with his own form of creative expression in a way that honors both Hip Hop and his Rasta roots.

“Chuck D has taught me so much on stage and in life,” he says. “To be in his presence, able to build with my hero and connected to one of the most important legacies in Hip Hop is something I never normalize, take for granted or under-appreciate.

“I carry it with high honor and respect and give thanks everyday that I earned a way to be able to be a part of a legacy that will live forever. KRS-One, too. Stic from dead prez and Speech from Arrested Development. We live among cultural icons and I think as a culture we could continue to pay more respect to the shoulders we stand on.”

Check out the Reasonings album stream, cover art and tracklist below.