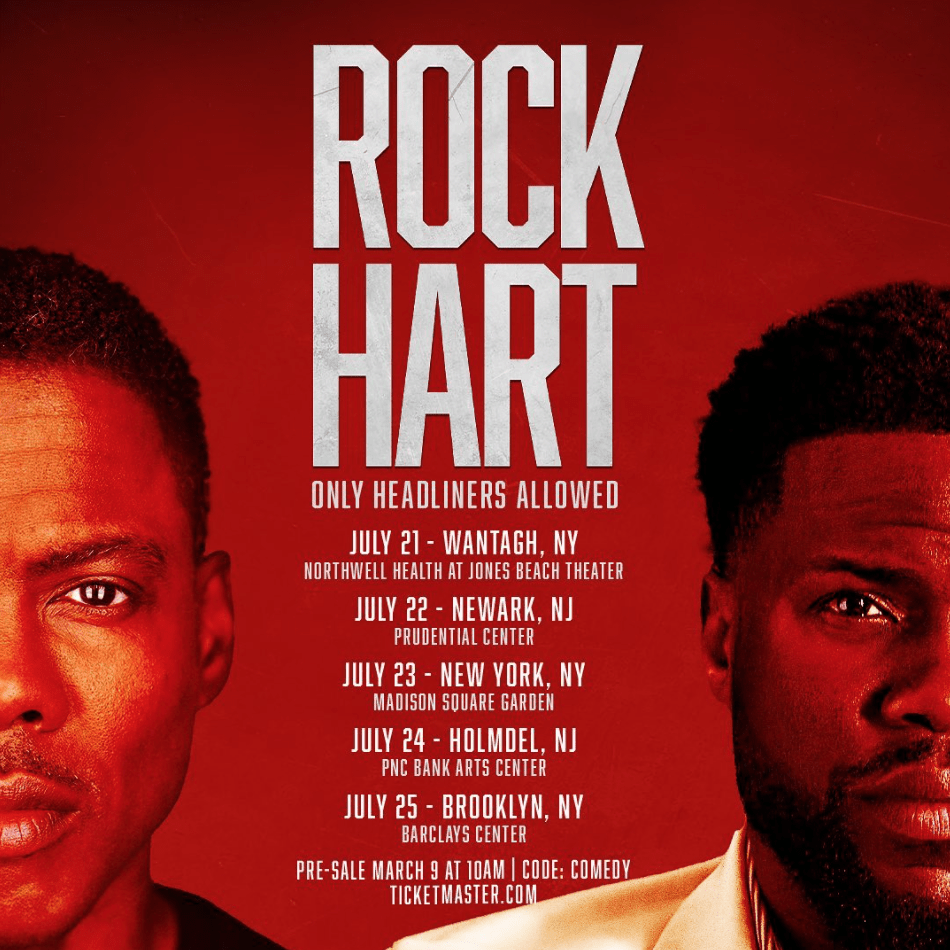 Comedic heavyweights Chris Rock and Kevin Hart recently announced that they will be co-headlining a string of shows in July.

Their five-show run will coincide with Rock’s Ego Death World Tour, his first major comedy tour in over five years.

Titled Only Headliners Allowed, the two will perform on five consecutive days across venues in New York and New Jersey including Madison Square Garden on July 23, and at Brooklyn’s Barclays Center on July 25. Tickets are set to go on sale on Friday, March 11 at 10 a.m. ET, with Live Nation presales releasing the day before.

“When Chris and I realized we were both going to be on tour this year we immediately knew we needed to do something special,” Hart said in a statement upon announcing the tour. “We have been friends and mentors to each other for 20 years, but we have never shared a headlining stage together – until now!!! I cannot think of a better way to celebrate the return of live comedy than to co-headline a show with my brother Chris Rock. This is a major moment in comedy and one for the history books.”

In a now edited comment, Chris Rock captioned his announcement “I can’t wait to make history with him and destroy these markets!!!!!! Buckle up bitcheeeeesssss…..it’s about to go down! More dates to come.”