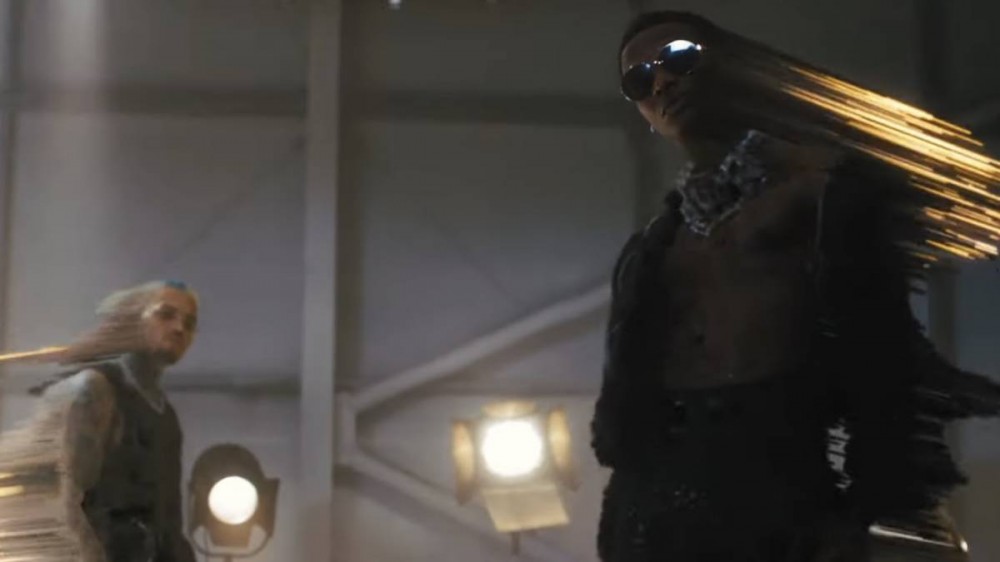 Chris Brown and WizKid have given their Breezy collaboration, “Call Me Every Day,” a steamy visual treatment. Check it out below.

The music video, which was directed by child., was unleashed on Wednesday (August 24) and finds a woman taking a bath before she starts daydreaming about Chris and Wiz. She’s then transported to an African village where the Virginia native links up with the Nigerian megastar to celebrate Black beauty.

Chris Brown wastes no time pulling off a series of slick dance moves in the village and on a rooftop while WizKid hangs out to the side singing his verse.

Things get hotter when the duo ends up in a warehouse on a stage with all the lights on top of them as they sing about the women catching their eye. The woman snaps out of her dream to hear her significant other say they’ve returned with food.

The record is track number six on Chris Brown’s tenth studio album Breezy. The project debuted at No. 4 on the Billboard 200 with 72,000 album-equivalent units moved in its first week, which also included 5,000 pure album sales.

Breezy featured collaborations with Lil Wayne, Lil Durk, Bryson Tiller, H.E.R., Yung Bleu, Fivio Foreign, Jack Harlow and more while also giving Brown a new record. Five songs from the album hit the Billboard Hot 100 during its debut week, giving Chris Brown the edge over Elvis Presley as the eighth artist with the most entries on the Hot 100, with a total of 112 entries.

Chris Brown has also been very busy with the rollout of Breezy. He dropped a 33-track deluxe edition in July and took it on the road alongside Lil Baby this summer for the One Of Them Ones Tour. That tour has been so profitable that the singer revealed earlier this week possible plans to bring the show to Europe.

The father of three took to his Instagram earlier this week to let fans know he and Lil Baby could be heading across the pond to turn up in countries such as England, France, Spain and more.

“Strong possibility we gone take this tour to EUROPE,” Chris Brown wrote on his Instagram Story. “JUST WAITING FOR CONFIRMATION.”

So far, Chris Brown and Lil Baby have already hit up New York City, Atlanta, Toronto, Philadelphia and more on the North American leg with one more stop in California (Los Angeles) before closing out in Las Vegas on August 27.