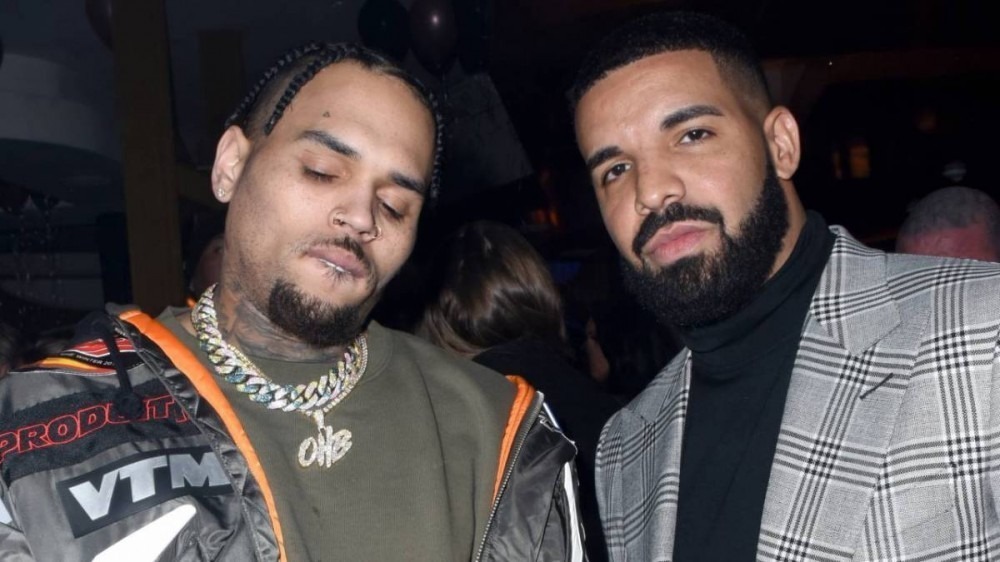 Drake and Chris Brown are friends, but there was a time fans would never see them in the same room. Back in 2012, the two superstars were engaged in a bitter feud over their mutual ex Rihanna that saw them start a brawl in a New York City nightclub.

During his visit to Drink Champs, Chris Brown spoke about his beef with the 6 God and how the conversation went between them to patch things up. According to the Breezy singer, it was a clear case of miscommunication on both sides that could’ve been avoided.

“It was just a misunderstanding on both ends,” Chris Brown said. “I ain’t going into too many details. It’s funny now, but as far as that, blood, he good. He straight.”

He added, “It was funny, and then when we actually sat and talked about it afterward, it was just like, man, what the fuck was we doing? Like bro, that shit funny as hell. But shit, I’m an R&B n-gga.”

Chris Brown’s Drink Champs episode was filled with gems, including the story about Diddy passing on signing him back in the day. According to Breezy, he was a part of a group as a youngster that had no idea what they were doing at the time.

“The funniest part, a lot of people don’t know this but Diddy turned me down,” Chris said as N.O.R.E. expressed shock. “It’s love now. This is family, my brother now…Imma keep it 100. I was 12 at this time, this is before I went to the Def Jam shit. It was me and one of my production manager’s sons named TJ, he’s my brother to this day, but me and him were like a group-”

“What was the name of y’all group?” N.O.R.E. interjected.

“Man, we didn’t have no name,” Breezy replied.