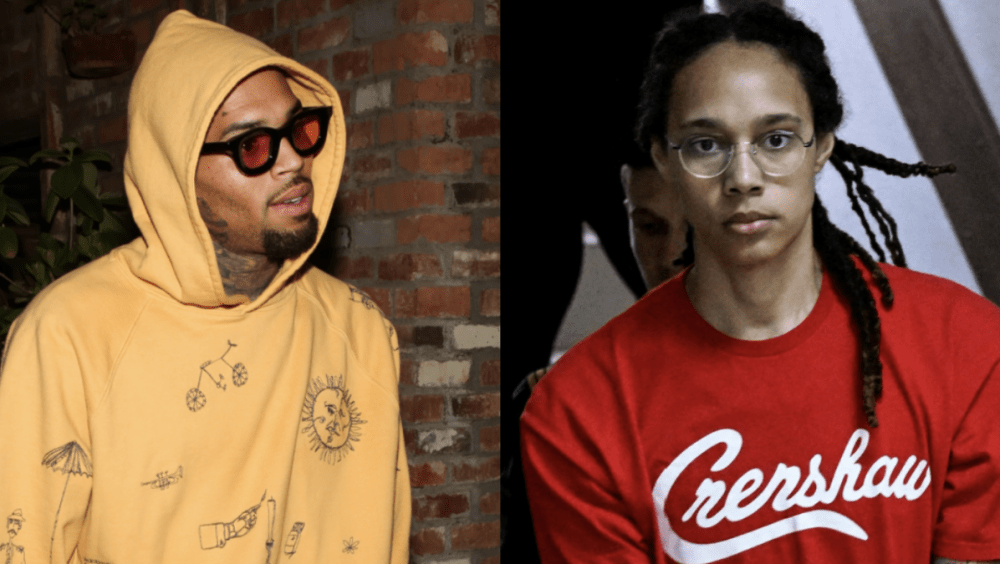 WNBA star Brittney Griner is currently imprisoned in Russia and faces up to 10 years in a foreign prison after she pleaded guilty to drug charges earlier this week.

Many celebrities in the U.S. are speaking out to spread awareness about her situation and pressure the Biden administration into making a prisoner swap deal with Russia so Griner can come back home free.

Chris Brown took to his Instagram Story on Thursday (July 7) voicing his support for Griner and frustrations with the harsh judicial system in Russia. He believes if a male athlete of the same caliber was locked up overseas, America would be doing everything in its power to free him.

“It’s not my business but…. it’s fucked up what they doing to Brittney Griner,” he wrote. “If this was a male star athlete yall would be way more vocal and helpful. That shit lame as fuck. I wish I could really help her out.”

According to Fox News, a prisoner swap for dangerous Russian arms dealer Viktor Bout is on the table. Nicknamed the “Merchant of Death,” Bout is currently serving a 25-year sentence in America after being convicted of conspiracy to kill U.S. citizens and providing aid to a terrorist organization.

As for other news in Chris Brown’s world, CB returned two weeks after the release of his Breezy LP to deliver his loaded Breezy deluxe album, which boasts nine new tracks with features from Anderson .Paak and Davido.