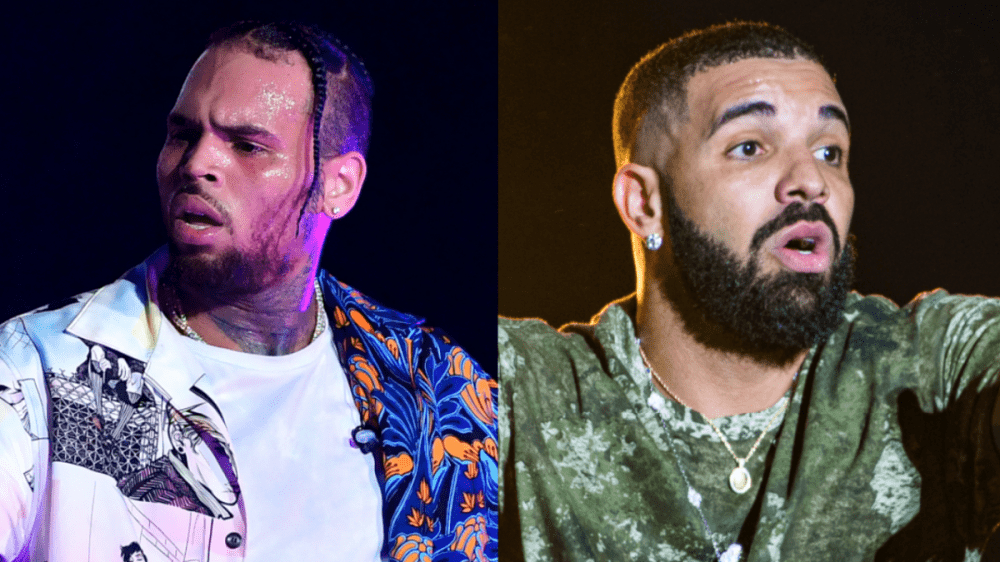 Chris Brown and Drake have been sued for copyright infringement after being accused of stealing elements of their “No Guidance” collaboration, according to TMZ. Singer Mr. Cooper and producer Drum’n Skillz — also known as Brandon Cooper and Timothy Valentine — claim “No Guidance” copied their own song “I Love Your Dress” and are seeking big damages.

In documents obtained by TMZ, Cooper and Valentine claim their track dropped three years before Chris Brown and Drake’s “No Guidance,” which arrived in June 2019 and appeared on Breezy’s Indigo album. They say an analysis of the “No Guidance” beat, lyrics, hook and rhythmic structure proves it was copied or at least principally derived from “I Love Your Dress.”

The lawsuit points out “I Love Your Dress” containing the lyrics, “She got it, she got it” 16 times, with “No Guidance” mentioning “You got it, girl, you got it” at least 11 times. Not only that, but Mr. Cooper and Drum’n Skillz claim Chris Brown and Drake taunted them with the “Flew the coop” line, which Cooper says is a reference to his nickname, Coop.

“No Guidance” peaked at No. 5 on the Billboard Hot 100 chart and was nominated for Best R&B Song at the 2020 Grammy Awards. The song has over 693 million streams on Spotify, with the music video also racking up 373 million YouTube views.

“We’ve come together before and tried to link and make music and I think we were always kind of forcing it,” Drake told Rap Radar about Chris Brown in December 2019. “I think there was always resentment on both sides. You know, really at the end of the day when you kind of step away from it and break it down you start to feel silly ’cause it’s over girl stuff, you know? But obviously, that can snowball into real shit and that’s what happened in this situation.”

He added, “I think we just both grew up to the point that that person that was in the middle of us is like, no longer a part of either of our lives currently and I have the utmost love and respect for [Rihanna]. I think of her as family more than anything.”

Listen to “I Love Your Dress” above and “No Guidance” below.