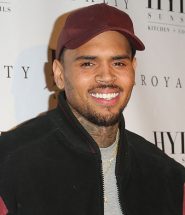 Chris Brown has announced the title of his next album, Breezy. Taking to Instagram on Thursday, he shared the news with his 68 million followers.

The title comes from the singer’s nickname. His fan base is also known as Team Breezy.

Chris has yet to reveal a release date for the project. In May, he dropped his collaborative album with Young Thug, Slime & B.

His last solo album, Indigo, was released in June 2019. The 32-track set debuted at No. 1 on the Billboard 200 and spawned the Grammy-nominated hit “No Guidance” with Drake. An Extended edition was released in October with 10 additional songs.

Earlier this year, he collaborated with T-Pain on “Wake Up Dead.” He and Jacquees also recently shot a video for their new collaboration “Put in Work.”