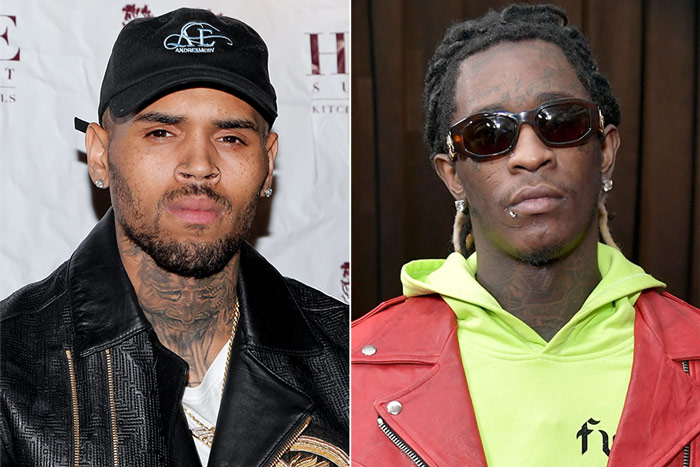 Chris Brown and Young Thug are teaming up for a joint project.

Breezy took to Instagram Stories on Monday to reveal that he and the YSL rapper are working on a mixtape. “Me and Thugga Thugga @thuggerthugger1 Got a mixtape coming soon,” he wrote alongside a series of snake and flame emojis.

Thugger also made it official, reposting the same message on his Story with the quiet face emoji.

It’s unclear when it will drop, but they appear to be working through the quarantine. Thug was spotted playing basketball at Breezy’s house this past weekend.

The announcement comes as a surprise to fans. The two have only collaborated once before on the Future-assisted “High End” for Chris’ 2017 album Heartbreak on a Full Moon. Thugger, who recently dropped his “Quarantine Clean” collaboration with Gunna, previously announced plans to release his album Punk, which he describes as “more like Tupac.”

Meanwhile, Chris and T-Pain have another collaboration on the way. T-Pain previewed the track on his Instagram Live last week.

Fans are already excited for Breezy and Thugger’s upcoming project. See some of their reactions below.

Starting my week finding out Young Thug & Chris Brown have a mixtape on the way.

I have no idea it’ll sound like, but I do know I NEED it ASAP. pic.twitter.com/ysxTCP8ZYM

I think Chris and Thug on a mixtape would be fire.