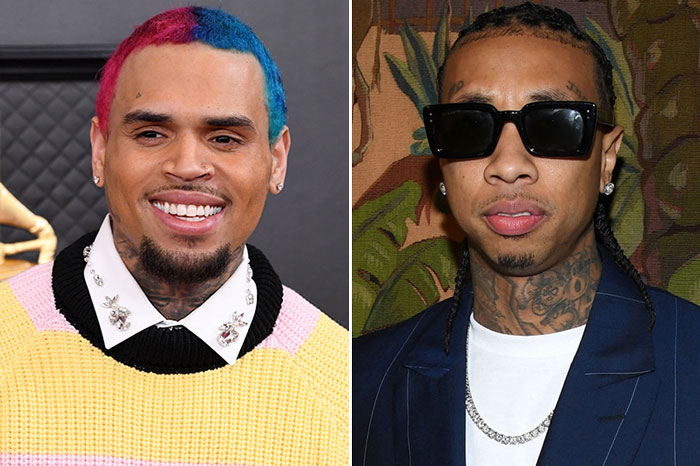 Chris Brown and Tyga are net letting lockdown get them down.

While in quarantine, the friends and frequent collaborators are turning to TikTok to pass the time. The Fan of a Fan duo reunited at Chris’ Tarzana, Calif. mansion to create some fun video content for their millions of followers. In one clip, Breezy is seen dancing to MC Hammer’s “U Can’t Touch This” on his basketball court while Tyga and YouTube star Austin McBroom look on before joining in.

@austinmcbroom @tyga 😂🔥 gang in this bitch

Quarantine has been making them restless as a second video proves. “Ayo, my best friend’s rich check,” says Tyga in the clip before panning the camera to Breezy, who is seen running around his basketball court and home arcade and showing off his many cars. Mustard’s “Baguettes in the Face” serves as the soundtrack.

Both videos have racked up millions of views. Tyga has also been posting solo TikTok videos including one set to Curtis Roach’s “Bored in the House,” which has become a self-quarantine anthem. Meanwhile, Chris has been quarantined at home while his son Aeko and the baby’s mother Ammika Harris are in Germany. She hasn’t been able to return home due to the travel restrictions. “MISSING MY MINI ME,” he wrote.

Other celebrities have turned to TikTok to entertain themselves including Ciara and Russell Wilson, Jennifer Lopez, and LeBron James, who shared his “Quarantined Tik Tok Chronicles” by dancing to Wiz Khalifa’s “Something New.”

Chris and Tyga have collaborated throughout the years on several tracks including “Loyal” and “Ayo.” In 2015, they released their joint project Fan of a Fan: The Album.