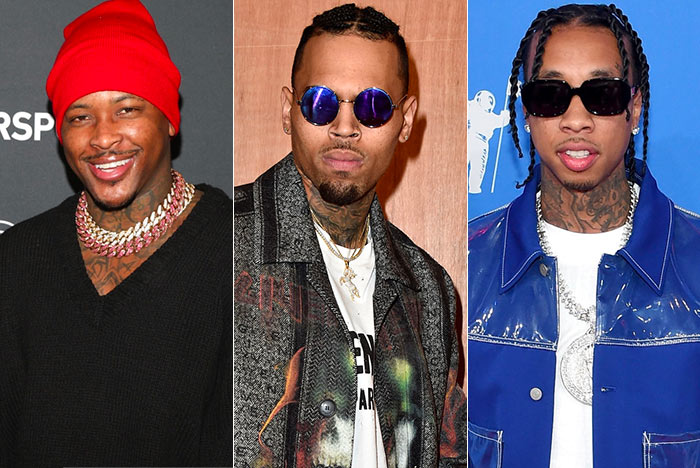 YG dropped his new album My Life 4Hunnid on Friday featuring a collaboration with Chris Brown and Tyga.

The two join the Compton rapper on “Rodeo,” which samples Tupac’s All Eyez on Me classic “How Do U Want It.” On the explicit bedroom banger, produced by Swish, YG and Tyga make it nasty, while Breezy encourages his girl to “show your freaky side.” “I’d do anything to swim in your water,” he sings.

Meanwhile, Tyga has been making his own headlines after a photo of his penis surfaced on the web, with some accusing him of leaking the pic himself to promote his OnlyFans account.