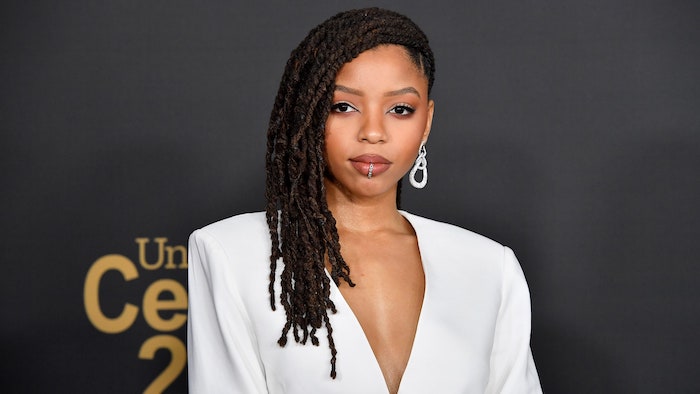 Chloe Bailey continues to push her career as a solo artist, keeping the flavor hot and spicy for her fans, with a new snippet for her upcoming single, “Treat Me.”

The 24-year-old turned up the heat with her debut single, “Have Mercy,” released in 2021. The fiesty song boosted to the top 5 of Billboard’s Hot R&B digital and streaming charts and peaked at number 28 on Billboard’s Hot 100. At first, fans were concerned with the young artist’s choices, believing that she would appear too fast as she glorified her assets.

“Men can glorify a** in their videos, I want to do it with this in a really artful, fun, beautiful way,” the singer told MTV News.

“I think it’s so great how women can claim ownership of their bodies and not let the world do it. We get to do it in the way that we want to, and it was really fun!”

Many anticipated more music from Chloe as she embarked on her new journey as a solo artist. While not caring about the haters, the “Do It” singer kept her foot on their necks with an appearance on Gunna’s third studio album, “DS4Ever,” in their collab hit “You & Me.” It’s safe to say Chloe has a lot more in store for her fans, as the singer released a snippet of her upcoming music visual with Chloe dressed in diamonds from head to toe.

The Beyonce protege dropped a hint that fans caught onto just days before the announcement, where she posted a tweet reading seven diamond emojis to her Twitter account. “7 diamonds = 7 days until the announcement?” a fan responded.

It turns out that the fan was correct as Chloe posted the teaser with the caption. “Treat me coming soon. pre-save link in bio,” followed by a diamond emoji. While many celebrities such as SZA and Muni Long commented, showing their excitement for the singer’s latest project, Halle Bailey, younger sister of Chloe, showed her usual support for her sister in the comment section as well. “woo !!!!!!! they not ready!!!!!!!!!,” she wrote before adding fire emojis to another post.

Are you excited about Chloe’s new single? Check out the teaser below.