But perhaps the rapper most affected by it is Fredo's fellow Chicago drill star Chief Keef.

Keef and Fredo weren't just friends. They were blood-related, something Sosa pointed out on Twitter not long after Fredo's death.

Keef also paid tribute to his cousin on IG. 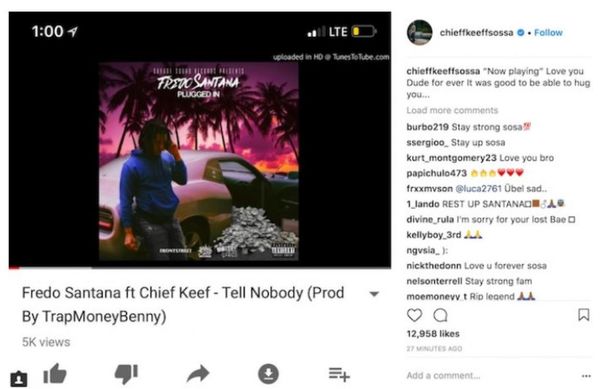 Santana was found dead Friday after suffering a seizure in his LA home.

The 27-year had suffered liver and kidney failures last year.  Afterward, he admitted drugs had wrecked his body and said he was getting help with his addictions.