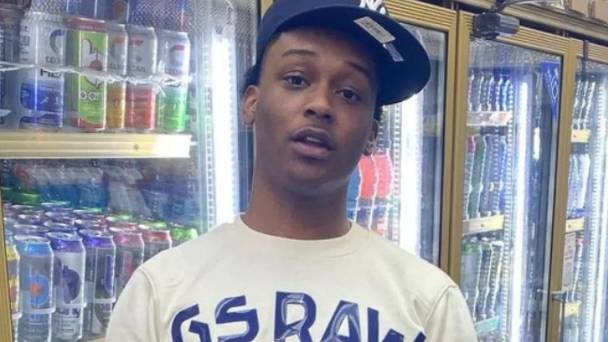 Memphis, TN – Burgeoning Memphis rapper YNC Capo, who was part of Chief Keef’s Glo Gang, was reportedly shot and killed on August 14. According to FOX 12 News, Memphis police say he was struck multiple times in Southwest Memphis around the 2000 block of West Shelby Drive.

A Facebook post from an alleged family member alleged YNC Capo was killed over his Infiniti Q60 Sport.

“They car jacked him and killed him last night at the Watkins Express,” the post reads. “They took his new model 2017-2021 white Infiniti Q60 sport. so it’s doing to stand out in a city like Memphis because all these people that are driving them Infiniti cars out there they’re driving the old ones.

“The murder victim just found out recently that he have a baby on the way by the woman that’s standing behind his car. #update his car has been recovered by the MPD. The person that killed him didn’t even have it for 24 hours smdh.”

YNC Capo is being mourned across social media by his friends and loved ones, including fellow rapper Big Whoa who shared an Instagram post on August 15, expressing his sorrow.

“RIP Capo,” he wrote in the caption. “You was on your way to millions. God to you homie.” In a follow-up post, he shared screenshots of their last few text exchanges.

Lil Muney, Lil Zay and Rich Baby were among some of the other artists who also mourned following the news of his death.

One woman by the name of Marquitta Johnson took her grief to Facebook with a photo of YNC Capo and the caption, “R.I.H it wasn’t supposed to go like this, your with your dad now, I can see that smile on meechie face now. You were a sweet young man Malik (ync capo)Keep the Hoyle, Gibson family and his mother in your prayers.”

YNC Capo is the latest in a string of shooting deaths impacting the rap community. HipHopDX sends our condolences to YNC Capo’s family.