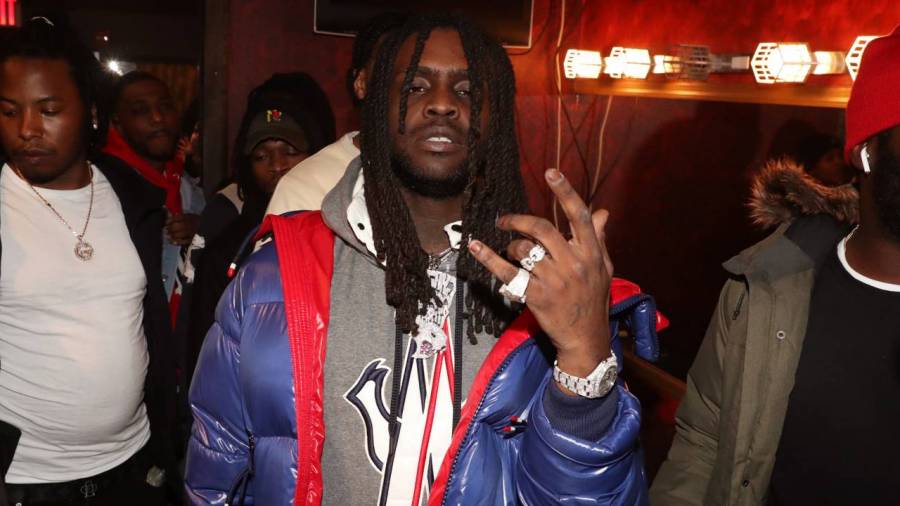 When the world needed a hero, they called Chief Keef. With Russia’s invasion of Ukraine, many Americans’ minds have already jumped to World War III happening in the future.

Plenty of memes using Chief Keef — which have been recycled from previous foreign affairs — flooded social media throughout the week calling on Sosa to lend his help to save the globe as a rap superhero.

The word finally got to the Chicago native early Friday (February 25) and he seemingly agreed to help with a post to Instagram.

“On the way to Ukraine,” he captioned the post with a gun emoji.

The post quickly went viral and was a hit with fans as it compiled over one million likes in under 10 hours. Many rappers have chimed in on the Russo-Ukrainian War such as Gunna, who called for peace.

“We pushing Peace,” he wrote while playing off his “Pushin P” hit record.

On February 24, Russia launched an invasion of Ukraine which marked the largest escalation of the conflict since its start in 2014. There are already hundreds of reported casualties with airstrikes and explosions filling Ukraine.

For unknown reasons, Chief Keef-war memes have become trending on social media even back to when the U.S. was entrenched in battle in the Middle East.

Find more of the posts surrounding the 26-year-old taking social media by storm this week below.

We're sending Chief Keef to handle the situation, have no worries folks

Chief Keef looking at everyone nominating him for WW3 like pic.twitter.com/S6S3ROa6rv

Yall got Russian intelligence tryna figure out who this threat know as “Chief Keef” is 😂 pic.twitter.com/rZ8qti8MyL

a russian seeing their men die in front of his eyes brutally after saying “chief keef ain’t no hitta” pic.twitter.com/CMuvLGKidF

CHIEF KEEF HAS ARRIVED IN UKRAINE…. AND HE'S NOT ALONE pic.twitter.com/O6HNhE672h

Chief Keef riding in a hellcat straight into ukraine pic.twitter.com/oEB0haXOCt

chief keef in russia after he gets deployed pic.twitter.com/tclz0bYX7o

someone show this map to chief keef and we’ll get this shit handled pic.twitter.com/WxR7JUgTSq