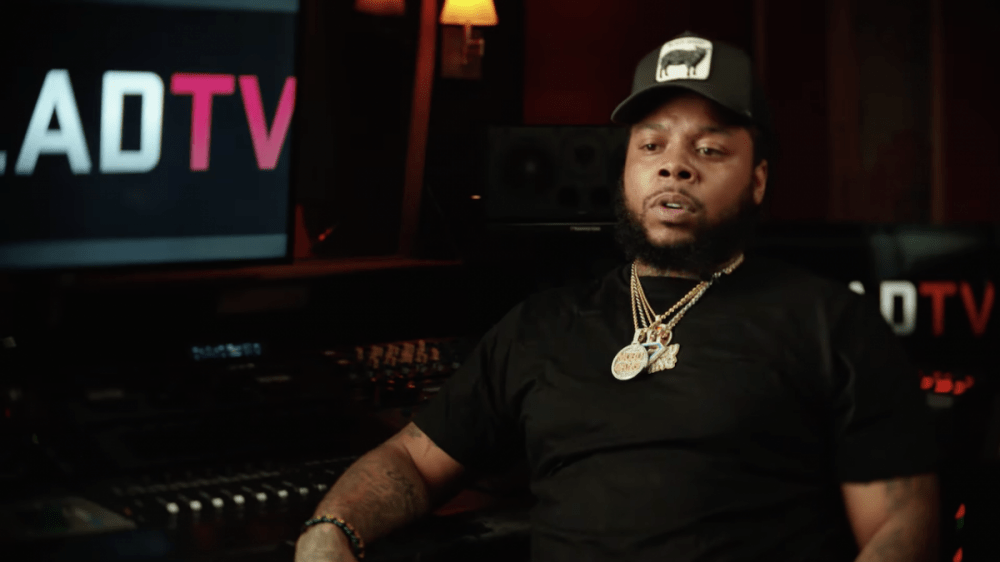 Chicago has a love/hate relationship with the nickname “Chiraq,” a term glorifying the violence within the city which has become talking points for right-wing television pundits and more. Although the term became more popular as years passed, Chicago rapper King Louie not only takes credit for inventing the phrase more than a decade ago, he has the proof to show for it.

“I invented that shit … Chiraq Drillinois,” Louie told DJ Vlad in a recent interview. “That was a mixtape, an old mixtape. I don’t know when I put it out. This was after Pack died. I was big on Call Of Duty, that’s when Call Of Duty was first going crazy, Black Ops and shit. They had the dude sitting on the cover and there was an artist who made the cover with me sitting on the cover and I named it Chiraq Drillinois. Wasn’t nobody talking about no drill before us, before that.”

He added, “It was Chiraq Drillinois back then, it was still bussin’ back then. The world crazy now. It wasn’t just the city but the world crazy as fuck now. But the city was crazy back then too. That’s why motherfuckas was callin’ it Chiraq.”

When asked about the now controversial term and how it took on a life of its own, complete with a Spike Lee movie of the same name, Louie didn’t hold back in highlighting the difference.

“When I was saying that shit … we fake older. It’s an age gap, kinda,” he said. “We were losing more friends than everybody else at that point in time. So it hit harder … it really hit me like, that’s where the music come from. You speak from the soul. That added fuel to my creativity with the Chiraq shit. But once other people start gettin’ killed? Motherfucka don’t wanna claim that shit no more. Now it’s hittin’ home. Now this shit really Chiraq, cause your people got killed. And it’s been going on and on and on, and that’s why people don’t like it no mo’. But that’s what the fuck it is.”

Louie details the issues in Chicago as “Black history” and how educators don’t want to explain how various systems in the city helped create the problems within. It’s also caused issues for local artists who want to perform in the city and more.