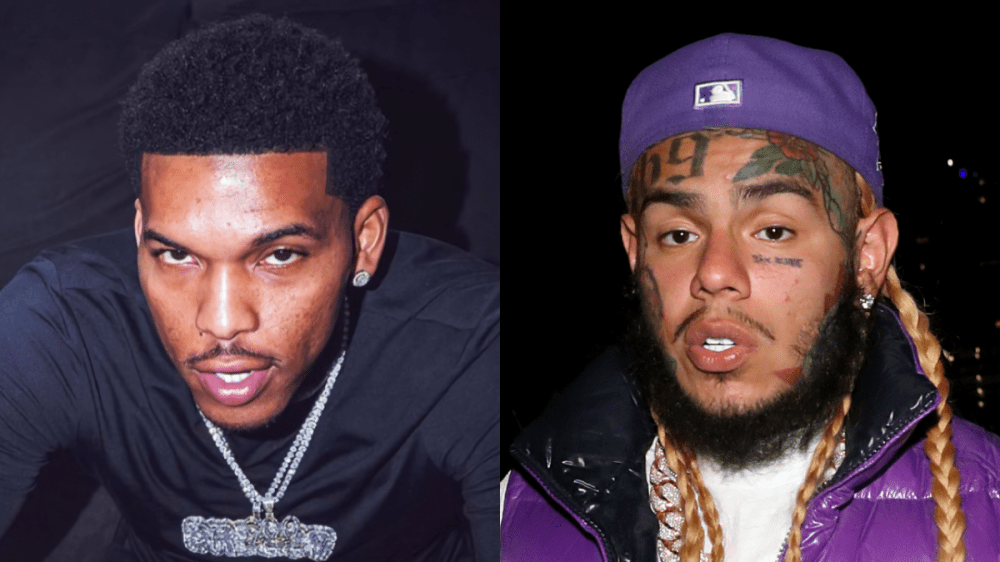 Chicago rapper 600Breezy has regained his freedom following a stint in jail, and he’s blaming 6ix9ine for his time behind bars.

The 30-year-old rapper (real name Antonio Valentino King) was arrested in Polk County, Iowa on December 3 for an alleged probation violation. Less than three months later, however, Breezy is “back,” as he announced on Instagram on Tuesday (February 22).

The Chi-Town native posted a photo of himself flashing a smile while wearing a soon-to-be-ditched orange jumpsuit along with the caption, “2-22-22 He’s Back,” accompanied by a purple devil emoji.

600Breezy also posted a portion of his Minutes of Testimony on his Instagram Stories, shedding light on his legal problems.

The document reveals his probation violation stemmed from threats he made against 6ix9ine’s life, as well as posing with guns on Instagram.

“Interstate Compact received information from the Black Hawk County Attorney that client King had made a video saying that he was going to murder Rapper 6ix9ine and had guns posted on his Instagram,” the document reads.

Breezy captioned the photo with police officer and rat emojis.

600Breezy threatened to kill 6ix9ine during a heated argument with the “GUMMO” rapper on Instagram Live last February in response to disparaging comments he made about the late King Von and his OTF cohort Lil Durk.

Just weeks later, 600Breezy accused 6ix9ine of snitching after he discovered police had put out a warrant for his arrest.

“Dude put the police on me,” he wrote in a since-deleted tweet. “I been had a warrant for three weeks. leave buddy alone fr. It’s not a drill he is the feds.” When someone responded, “He gotta be talkin bout 6ix9ine,” Breezy replied, “1000%.”