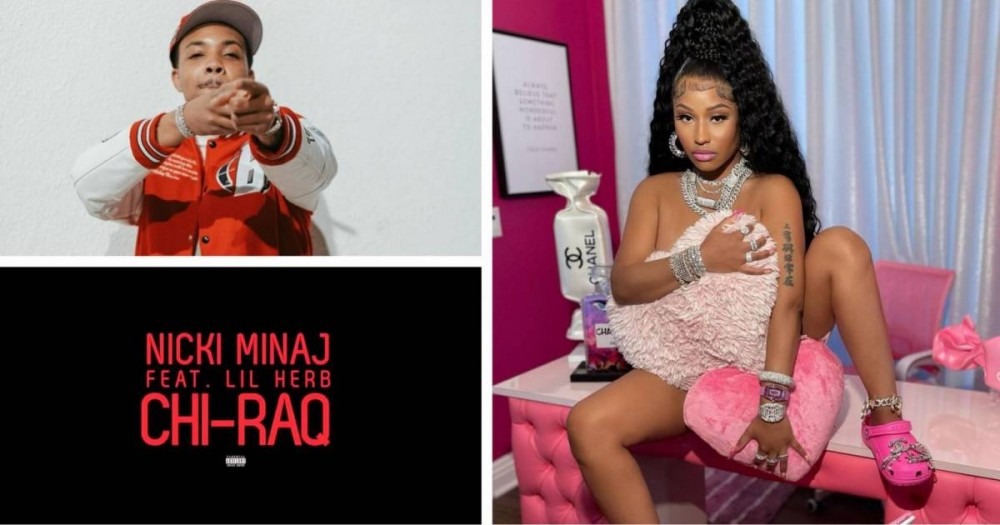 Nicki Minaj’s official re-release of her first-ever mixtape Beam Me Up Scotty has opened up a floodgate of emotions.

The fan-favorite project sports three new tracks (including the Young Money-boosted “Seeing Green”) and a fresh dose of nostalgia through the other 20 songs.

One of those songs — 2014’s “Chi-Raq” — was able to spark the career of a Chicago rapper named Lil Herb who would go on to become a Hip Hop superstar by the name of G Herbo, and he ensured his appreciation was made public in the wake of Beam Me Up Scotty’s streaming debut.

“@nickiminaj GAVE ME MY FIRST BIG SHOT PUT ME ON THAT STAGE WITH HER & I AIN’T LOOKED BACK SINCE! LOVE YOU 4 EVER EVER!!” G Herbo wrote on Instagram on Friday (May 14) while adding a “queen” and “goat” emoji for good measure.

A grateful Nicki Minaj left a “praying hands” and “black heart” emoji in the comments of his post.

Nicki Minaj’s catalog has proven to be a golden gift as she continues to enjoy her maternity hiatus bliss. She recently became the first female rapper to have her solo record pass 1 billion YouTube views on YouTube with her 2014 The Pinkprint single “Anaconda” earning the distinction.