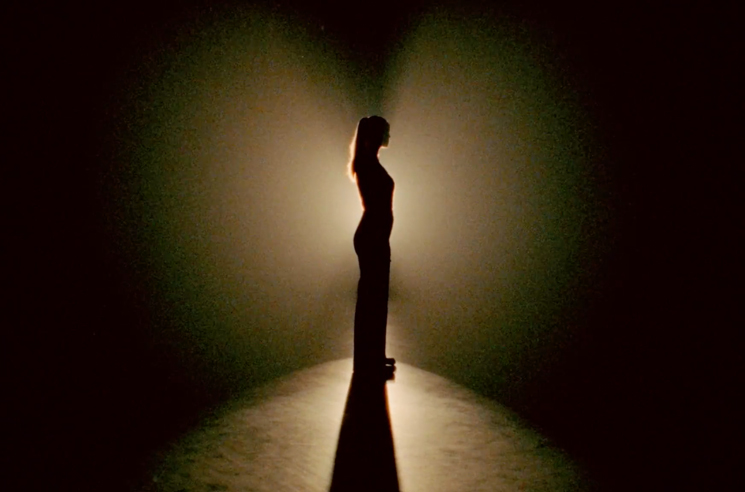 Charlotte Day Wilson, singer, songwriter, multi-instrumentalist and producer sophomore EP Stone Woman, is totally cool with feeling vulnerable, so long as it’s on her terms. “This is my form therapy, the way I cope with everything that happens in my life,” she says. “You’re having that moment with yourself and then all a sudden it exists on a song.”

The Toronto-based independent artist admits life now is different than it was back in 2016, when she made an impact with singles “Work” and “Find You,” f her debut EP CDW. “It was nice to kind be, ‘I’m coming out left field, no one’s heard me, watch me go.’ This time there’s more pressure, in the sense that it’s more intimidating to live up to or exceed people’s expectations.”

At six tracks, Stone Woman is a slim meditation on emotional durability, a bend-but-don’t-break defense love and the abstract states it encompasses. She readily admits to a serene and unflappable exterior informed by a heightened emotional intelligence quotient on the inside. “It’s simply intimidating to know that in some ways I’m like a public figure… you realize what you say has an impact,” she explains. “But I’ve learned how to be, ‘I’m cool.'”

The 25-year-old recognizes a growing fan base is looking to her for takes on gender, sexuality and the world in general. “I’m openly queer. But I don’t think that that’s what my music is about, you know? A lot my music is about love and relationships and loss,” she says. “But I think that’s why I try to control the narrative, and just be like, ‘I’m just trying to do what I’m trying to do.'”

She admits to compartmentalization, baring her soul on record while withholding aspects from view. “I’m very private. Like very, very private. Sometimes I have to edit my lyrics down because I don’t want people to know what I’m thinking about all the time,” she says.

When she’s in creation mode — which is daily — these larger social issues aren’t necessarily top mind, but she concedes they do seep into her music in intimate ways. “Putting out these songs and lyrics feels like the polar opposite outcome than what the initial thought was, which is a moment solitude where you are just being honest with yourself.”

And having to play the industry game and working harder than her male counterparts is almost a given. “At the same time, music is such an intangible thing that it’s like you never really know what people are going to connect to,” she adds. “I don’t take anyone’s bullshit, but I’m also not going to be the most angry person in a room.”

Stone Woman was primarily produced by Wilson with input from frequent collaborators — and fellow inhabitants the current wave Canadian groove-oriented music — BADBADNOTGOOD and River Tiber. It hews to her signature take on R&B, her classically-trained roots intermingling with jazz and hip-hop sonic structures. “My motivation to be an artist is the fact that I love music. If] I can reach an audience and they tell me that they fuck with me and they approve me, then I’ve reached success, I guess,” she says.

“If the people I respect, respect me? Then that’s all I need, really.”