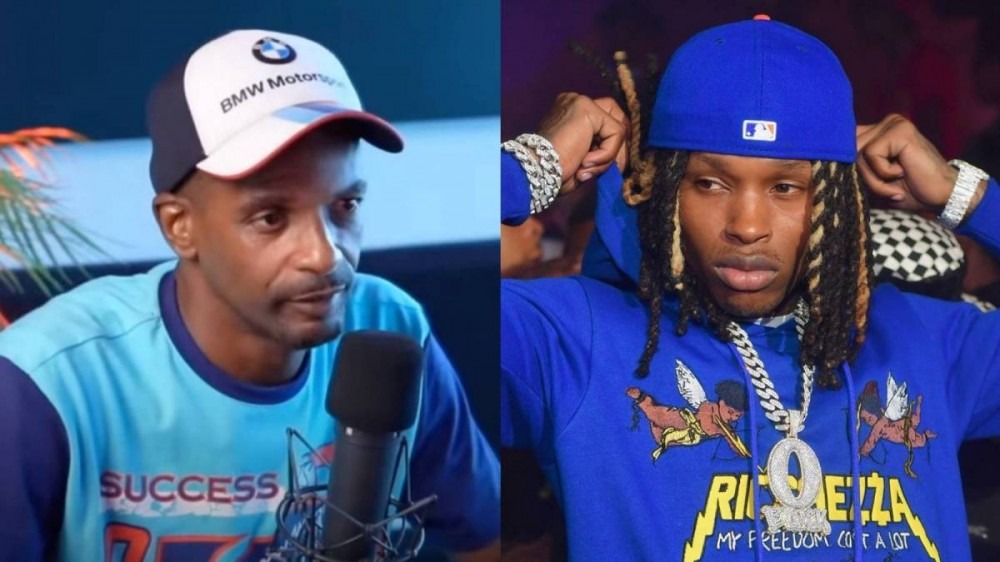 Charleston White has been very outspoken as of late, and in one of his most recent interviews he shared a controversial take on King Von‘s death.

Speaking to DJ Akademiks on his Fresh & Fit podcast, the former gang member-turned-internet personality said the late Chicago rapper’s death was not “unfortunate” but instead the result of “choices and decisions” following Von’s alleged involvement in multiple homicides.

“King Von was known to be a killer,” White told Akademiks. “A man who killed Black people. A man who was accused of killing a Black girl … He’s celebrated, right? You got celebrities who take pictures in front of his mural. What about his victims family? … Why don’t y’all ever speak for them?”

After Akademiks mentioned how King Von’s death was unfortunate, Charleston White retorted with an opposing viewpoint and said this was because he’s on the “victims side.”

“Let’s look at his death. He had finally made it out of the ghetto, he finally made it. He had just come home from beating murder cases, brother,” White told Akademiks. “Let’s look at how serious this is. There are murder cases on his file that he beat. He gets released because the witnesses come up dead. Let’s be real with this shit, homie. The witnesses came up dead. Black people! Nobody ever spoke about that.

White continued: “Fuck that idol! That idol is a demon! A self-proclaimed demon! N-gga, I don’t ride with demons. When did Black people start riding with demons, homie? We got grandmothers who pray, mothers who say, ‘Son, bless your food before you eat it.’ So I’m looking at this and everybody is siding with King Von.

“What about these victims over here who nobody shining the light on? So, these people are hurting; they don’t have a voice. They don’t have nobody [who] can say, ‘Man, fuck them.’ But they saying, ‘Fuck King Von because he’s been accused of killing their people.

“So, when I get the knowledge and the information that [King Von] is a killer and these are the victims — n-gga, I don’t give a damn about no killer who’s bragging about killing people … So, when I look at King Von’s circumstance, I don’t say it’s unfortunate, I say that was a man that worked hard to die.”

King Von (real name Dayvon Bennett) was shot on November 6, 2020 during an altercation with Quando Rondo’s crew. Another Chicago man, 34-year-old Mark Blakely, also lost his life that day. Timothy Leeks (also known as Lul Tim), who was also shot during the incident, was arrested for Von’s murder.

White then went on to speculate what happened the night King Von was killed. “[King Von] was woken up out of his sleep, wasn’t he? He was somewhere chillin’, minding his business, [and] somebody said, ‘Hey, there go the Quando kid.’ He wake up out his sleep to go bring hurt and harm to somebody and die.”

He then told Akademiks: “You want me to feel sorry for a man who was looking to intentionally go hurt another brother, and his brother kill the killer? Nah. I don’t find that unfortunate. No, not at all. Choices and decisions, brother.”

The alleged killings White claimed King Von to be responsible for include the May 2014 murder of Malcolm Stuckey in Englewood, Chicago, which also saw two other men shot but they survived. Von was charged with one count of murder and two counts of attempted murder. After witnesses failed to testify in 2017, the charges were dropped.

In July 2021, Chicago police released documents concluding that King Von was responsible for the fatal shooting of 17-year-old Gangster Disciples member Gakirah “K.I.” Barnes in April 2014, but were unable to prosecute him due to inconsistencies in witness statements.

Meanwhile, White was recently involved in an altercation with Soulja Boy in Miami, during which he’s said to have pulled out pepper spray to mace Big Draco. The pair have been going back and forth on social media ever since.