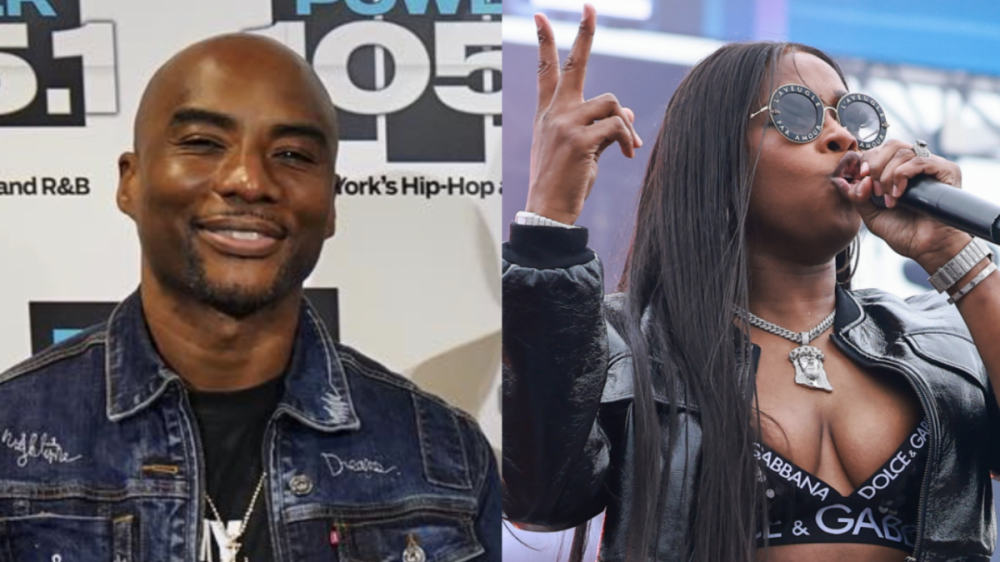 Charlamagne Tha God has cleared up a rumor regarding Angela Yee’s eventual replacement as The Breakfast Club‘s third host.

During Doechii‘s recent interview with CTG and DJ Envy, she turned into the journalist for a minute and asked about Yee’s departure and possible replacements like the rumored Remy Ma.

Charlamagne shut down the idea of the “All The Way Up” rapper joining The Breakfast Club and referred to it as a “random rumor.”

Envy clarified that Angela Yee was in Chicago and Charlamagne explained the reason behind her leaving was because she got her own show.

“She got her own show,” Charlamagne said. “All The Way Up With Angela Yee… She comes on right after us… They offered her more money, she’s nationally syndicated, her name’s way up on the bill.”

The TDE artist then followed up asking if either of the remaining co-hosts were sad about Angela Yee not being part of the show anymore. Envy agreed he was “sad” but Charlamagne couldn’t put a finger on his exact emotional response but it wasn’t “happy” or “sad.”

“I don’t think I’m happy or sad but I do realize that we built something really, really, great together. I don’t want to say sad, sad’s not the right word. I haven’t unpacked it yet. Sad isn’t what I feel.”

Angela Yee confirmed in August that her Breakfast Club reign was over after 12 years and she would be leaving the award-winning radio show at some point “in the fall.”

“They approached me up here at iHeart, Thea had a sit down with me, and told me that they’re gonna give me my very own show,” she said at the time.

“I wasn’t sure what was happening when she first told me, but I am going to be leaving The Breakfast Club. You guys, obviously, will continue on and it’ll be a different iteration of The Breakfast Club, but I will have my own show up here at iHeart as well, so I’ll be part of the family.”