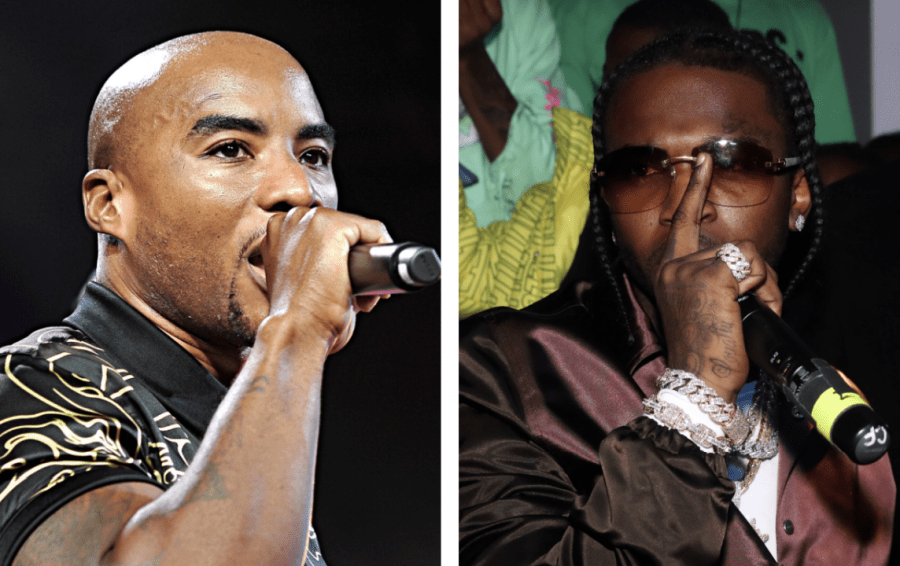 When the trailer to Eddie Huang’s Boogie film starring Pop Smoke dropped on Tuesday (January 19), there was at least one notable omission. Less than a day later, while speaking about Pop’s acting debut on The Breakfast Club, Charlamagne Tha God revealed he’s actually going to have a role in the movie, which hits theaters on March 5.

“I can’t wait to see Boogie,” he said. “Boogie‘s going to be a good film. I actually have a role in that movie. I may or may not be the star basketball player for a rival team. Salute to my guy Eddie Huang for casting me in that.”

Co-host DJ Envy got a good laugh out of that and immediately started flaming Charlamagne since he doesn’t play basketball and fit the usual baller frame standing at just 5’6″.

If what Charlamagne is saying is true, he’ll have a similar role billed to that of the late Brooklyn rapper who is slated to play Monk as another rival basketball player opposite the main character Boogie.

The brash radio personality changed his tone and got more serious when reflecting on how director Eddie Huang forecasted big plans for Pop in the acting world.

“I remember Eddie being super-excited to have Pop Smoke in the movie and raving about how Pop was a star,” Charlamagne explained. “And when you see the success Pop had with music last year, this movie would’ve taken him to superstar status.”

Shortly after Pop’s tragic death in February 2020, Huang reflected on Pop’s effortless ability to act and posted his audition for the world to see.

“This was the first time I met Pop,” he said at the time. “He got the script and a day later was auditioning at the gym in my building. I asked him if he knew the lines and he said “yea” so I told him to put the phone away. He was a little stiff the first take but in three takes, he got it. You can even hear my excitement and the Producer’s as he finished his audition. We knew right there it was Pop.”

Huang continued, “He is honestly the most talented person I ever met in my life bar none. He knew he was ill but always spoke about doing it for his family, his friends, other kids like him. I think that’s why it was effortless for him. This one really fucking hurts.”