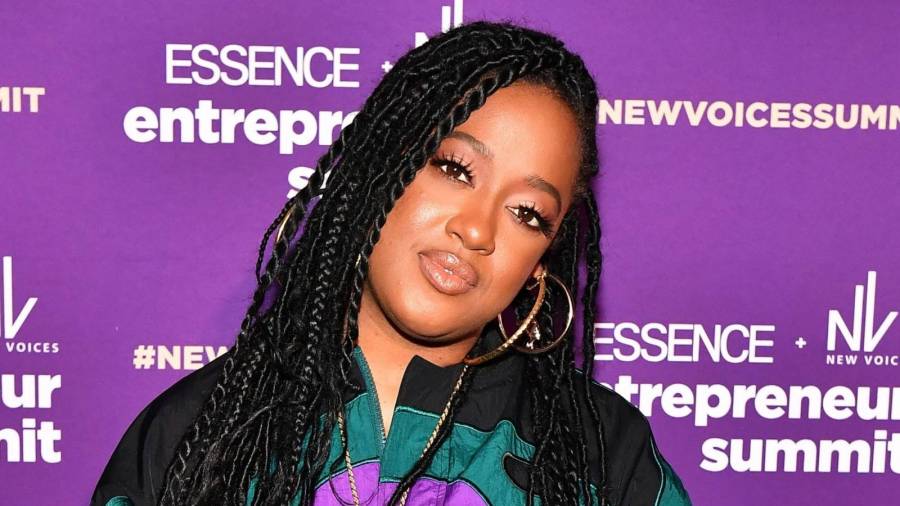 Rapsody has proven her rhyming prowess time and time again on albums such as 2012’s The Idea Of Beautiful and the Grammy Award-nominated Laila’s Wisdom, which arrived in 2017. But it was 2019’s EVE that firmly solidified her place among Hip Hop’s elite and established her fierce omni-presence in a historically male-dominated industry.

Charlamagne Tha God appears to appreciate the Snow Hill, North Carolina MC as much as her fans. During a recent episode of The Breakfast Club, Charlamagne, Angela Yee and DJ Envy were talking to author Sister Souljah about her latest book Life After Death: A Novel (The Coldest Winter Ever Book 2) when Yee asked what female rappers she likes.

As Sister Souljah explained how her young nieces turn her on to plenty of contemporary rappers like Young M.A, Charlamagne chimed in with, “I think you would really like Rapsody Sister Souljah. She’s from North Carolina. I think you would really, really, really dig it. She’s a huge, huge fan of the Coldest Winter Ever. True lyricist. I think she’s the best rapper out — period.”

The project was so potent, it was turned into an English course at both Ohio State University and the University of North Carolina at Chapel Hill. In April 2019, Rap shared an Instagram photo from UNC grad student Tyler Bunzey who revealed he was helming a course called “Black Womanist Criticism and Rapsody’s EVE.”

During an August 2019 interview with HipHopDX, Rap explained why Aaliyah was one of the women she chose, saying, “For me, especially in a time when we see music before we hear it, a lot of people judge us on our image and our appearance. [I want] to redefine what sexy is. People think because I’m a tomboy and I’m fully clothed, that that’s not sexy. But there’s a tomboy sexiness in that.

“I grew up in a time where Aaliyah was the biggest thing out and one of the sexiest things out. She wore baggy jeans. She wore big, oversized jackets. She was that tomboy femininity. So, I wanted to just talk about, you know, ‘Don’t forget this image that you see, don’t think that’s the only image.’”

Although EVE wasn’t nominated for a Grammy that year, Rap still walked away with the title of Lyricist of the Year at the 2020 BET Awards last October, a testament to her innate rapping skills.