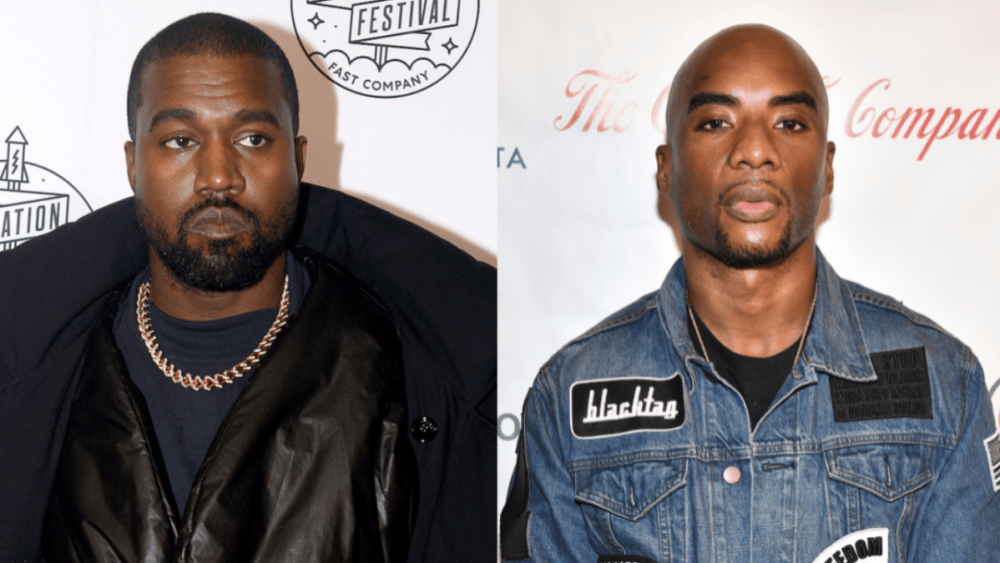 What’s said in the past can definitely come back to haunt us — especially when you talk on the radio for a living. Charlamagne Tha God saw his name trending on Twitter on Monday (February 28) thanks to an old interview that set the internet ablaze.

The clip in question is from The Breakfast Club‘s 2013 interview with Kanye West, in which Charlamagne dissed Ye’s foray into the fashion industry and failed to understand his frustrations with the design world.

“We love you because of the music,” Charlamagne told Kanye in the resurfaced clip. “You gave us that feeling with albums like The College Dropout, Graduation and Late Registration. We don’t care about you designing sneakers and clothes and all that. That means nothing to us.”

Kanye quickly corrected Charlamagne by replying, “No, Yeezys do mean something to the culture.”

no cap if i was kanye at this moment, i would have physically attacked charlamagne pic.twitter.com/aAAcLo7L7I

Over eight years later, Kanye’s net worth is $1.8 billion, according to Forbes (or $10 billion if you ask Kanye himself) with a large part of that valuation due to the YEEZY footwear empire he’s crafted with adidas.

Many fans piled on Charlamagne Tha God for his commentary, pointing out how Ye always had the vision for himself even when others didn’t. That same plight aligns with the theme of his music career, as he had to fight to be taken seriously as a rapper, which fans have seen play out through the jeen-yuhs Netflix documentary in recent weeks.

Kanye West and Charlamagne Tha God have had a rocky relationship over the years. However, the radio personality has since become one of Ye’s go-to guys for advice and even sat down for an interview with West in Wyoming in 2018.

These days, Charlamagne has been critical of Kanye’s antics and it doesn’t look as if the two are in constant communication.

He'll forever be known as the guy who tried to talk someone out of their dreams and aspirations, then those very same dreams went on to change the world

ok i gotta clear this up: if i was kanye, and i had been fighting to get taken seriously in the fashion industry for ages, and then made a very angry album about it, all just to have people like Charlamagne STILL not get it, and discredit my fashion designs, i’d be pissed AF

Yeezus Era Kanye interviews are my favorite because they show perfectly how (black) creatives can come to you with the best ideas and campaigns just to get completely shut down.

If you’re a dreamer, you constantly meet Charlamagne’s who will tell you to chill or be realistic. https://t.co/GgVlIsuLa7

Charlamagne sound like everybody that was telling Kanye to stick to beats instead of rapping https://t.co/pL3149bW5O