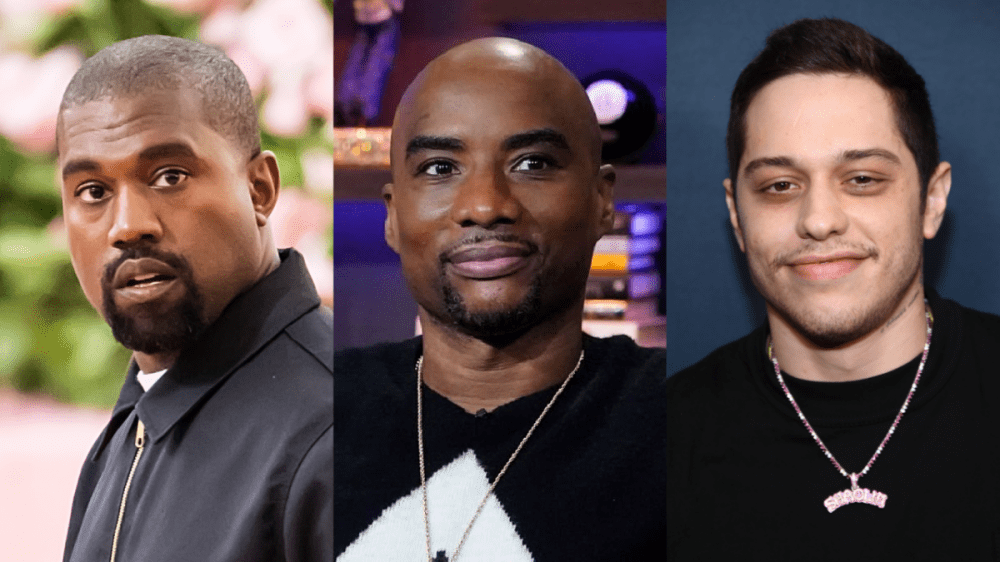 Kanye West‘s high-profile feud with Pete Davidson over the SNL comedian’s relationship his with ex-wife Kim Kardashian heated up over the weekend after Kanye accused Davidson of “antagonizing” him via text in an Instagram video.

The leaked text exchange shows an angered “Skete” telling the Chicago rap icon to “calm down” and “grow the fuck up.” When Ye replies, “Oh you using profanity? Where are you right now,” Davidson responds, “In bed with your wife,” followed by a photo of him throwing up a peace sign to the camera while laying in bed.

But according to Charlamagne Tha God, there’s an even bigger reason Pete Davidson is getting under Kanye West’s skin.

While awarding the G.O.O.D. Music founder “Donkey of the Day” on Monday (March 14), The Breakfast Club co-host claimed Kanye called him last November — the same month Kim Kardashian and Pete Davidson reportedly began dating — and confided some private information about his wife’s new boyfriend to him.

“Speaking of big egos, Kanye West, remember when you called me last November and we were yelling and screaming at each other?” Charlamagne said as Beyoncé‘s “Ego” instrumental played in the background. “You told me what you really mad about, king! You told me what is really bothering you in this situation! This is why it’s hard to take you serious when I see you rant!

“You know I know! You can fool people on social media, you can fool the general public, but you know I know. Let’s just leave it at that for now… Unless, Kanye, you want me to say more? Personally, I’ma just send you some healing energy.”

Dropping an even less subtle hint about what’s been “bothering” Kanye, Charlamagne Tha God then let Beyoncé’s “Ego” vocals back in as she sang, “It’s too big! It’s too wide! It’s too strong!”

Elsewhere in his “Donkey of the Day” segment, Charlamagne Tha God took Kanye West to task for his repeated attacks on Kim Kardashian and Pete Davidson, his spat with comedian D.L. Hughley and his hypocrisy over calling people “pawns” for the Democratic party while allegedly being used by Republicans himself.

Charlamagne agreed with Kanye’s point that his eight-year-old daughter North West shouldn’t be allowed on TikTok, but argued, “you have more negative influence on people than TikTok will ever will. Does Kanye West think depicting the murder of his ex-wife’s boyfriend in a music video, decapitating him and burying him, is a positive image?”