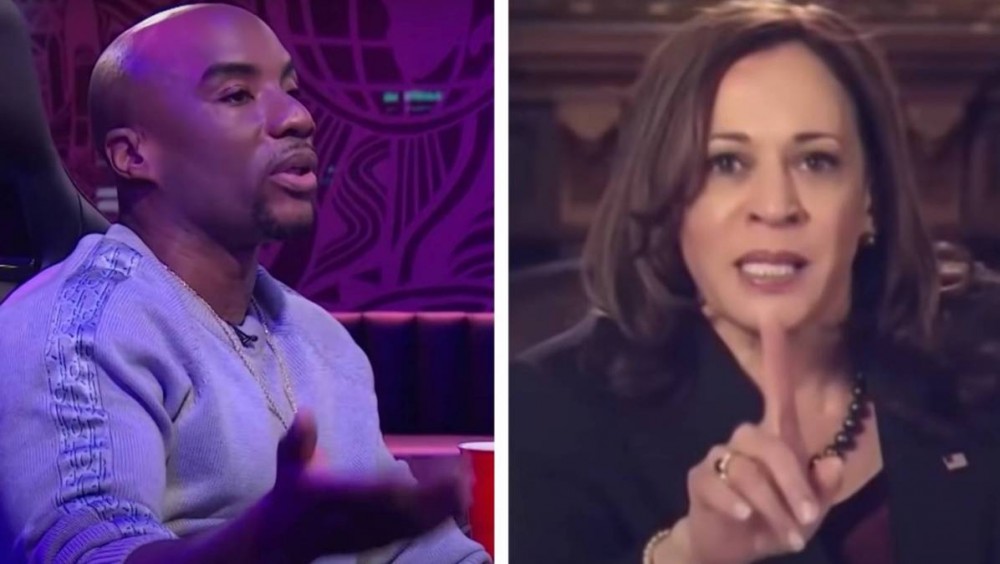 On Friday (December 17), Vice President Kamala Harris was the latest pundit to be grilled with Charlamagne Tha God’s version of “honest truth” and hopped on the defensive when asked if West Virginia Sen. Joe Manchin was actually the true leader of the United States of America.

“No, no, no, no — It’s Joe Biden … It’s Joe Biden,” Vice President Harris retorted. “And don’t start talking like a Republican about asking whether or not he’s president, it’s Joe Biden and I’m vice president. My name is Kamala Harris. And the reality is because we are in office, we do things like the child tax credit, which is going to reduce Black child poverty by 50 percent … We do things that are about saying that our Department of Justice is going to do these investigations and require that we end chokeholds and have body cameras.”

She continued to outline the Biden Administration’s strengths arguing, “It is the work of saying we’re going to get lead out of pipes and paint because our babies are suffering because of that. It is the work of saying people who ride public transit deserve the same kind of dignity that anybody else does. So, let’s improve that system. It is the work of saying that we have got to bring down prescription drug costs because folks who have diabetes should not be dying because they don’t have enough money in their pocket. It’s about saying Black maternal mortality is a real issue that must be treated by everybody, including the White House, as a serious issue.”

Charlamagne Tha God’s accusations don’t come out left field in the spirit of political theater sensationalism. On Saturday (December 18), the Wall Street Journal reported how President Biden and the Democrats did indeed have to “woo” the West Virginia Senator in order pass the provisions for impoverished families; mirrored much in the content of popular “trench” rappers such as YoungBoy Never Broke Again, Lil Durk, Tee Grizzly and Morray.

“Ok, so I hear the frustration, but let’s not deny the impact that we’ve had and agree also that there is a whole lot more work to be done and it is not easy to do,” the Madame Vice President concluded. “But we will not give up and I will not give up.”

Charlamagne Tha God commended the politician for showing glimpses of the fierceness she brought to the American people during the 2020 campaign trail.