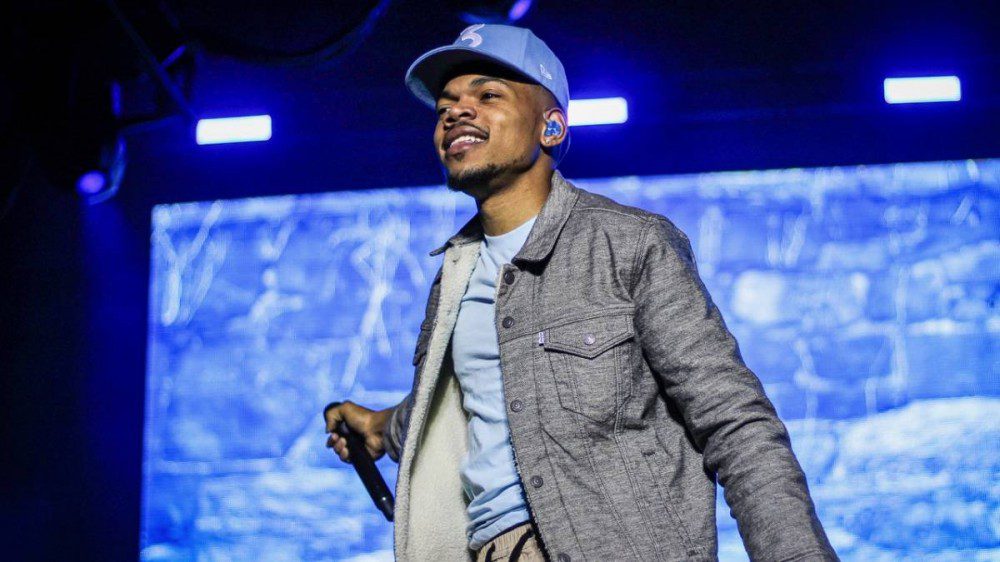 Chicago, IL – Chance The Rapper‘s wife Kirsten Corley Bennett has made it very clear her family is not taking internet trolls seriously.

On Friday (October 21), days after the Chicago native began trending on Twitter after multiple users purportedly discovered his interactions with explicit, transsexual content, Kirsten shared a video via her own personal social media addressing fan speculations.

In the short clip, she accuses users of instigating the situation and goes on to explain how something like this could’ve happen by accident and is nothing more than a misunderstanding.

“Y’all really be reaching,” Kirsten Corley Bennett says in the video while laughing. “He’s never going to address this, but all I have to say is we were at an event all night last night — not last night, the night before last, until late. We were celebrating, so, sometimes shit happens on accident.”

Kirsten quickly ended the video, but not before issuing one last scathing remark to the social media users flooding her accounts with negative comments and posts. “So, all y’all little trolls coming to my page that are getting blocked, y’all can go to hell,” she says.

As Kirsten’s video began circulating and reposted on apps such as Instagram, multiple users began suggesting Chance The Rapper engaged with the content on purpose, despite her claims. In a post shared by The Shade Room on IG, user @badlucc354 pointed out several factors that make the situation even more complicated, alleging this wasn’t the first time the “No Problems” lyricist had liked similar content.

“Wait, so he accidentally liked like 7 different lGbTq+ things on different days all while at an event with his wife the other night ?! WOW ! He’s actually more talented than any of us could imagine,” they wrote.

While Chance The Rapper has not publicly addressed whether or not he actually liked the sexually explicit content, it appears the likes have been purged from his Twitter profile. However, multiple screenshots of the x-rated post in his likes feed from October 20 are still present on the platform.

The entire mini-scandal has seemingly overshadowed Lil Chano’s recent accomplishment as a multihyphenate artist. Coincidentally, on October 20, Chance The Rapper debuted art of his own, in collaboration with Chicago-based visual artist Mia Lee, at the Museum of Contemporary Art. Chance shared a preview of their collab, along with an unreleased song dubbed “Yah Know,” on Twitter the same day he began trending for his likes.

“The exhibition was a success,” Chance The Rapper wrote in part. “Big thank you to the Museum of Contemporary Art and Mia Lee for giving me one of the best nights of my life. I had planned to drop some new art tonight but Ima wait a lil while so you can get the message clearly Yah Know!”

While the single has not been officially released yet, it will be Chance’s first new offering in months, following his June collaboration “The Highs & The Lows” featuring Joey Bada$$. Check out the snippet for Chance The Rapper’s “Yah Know,” here.