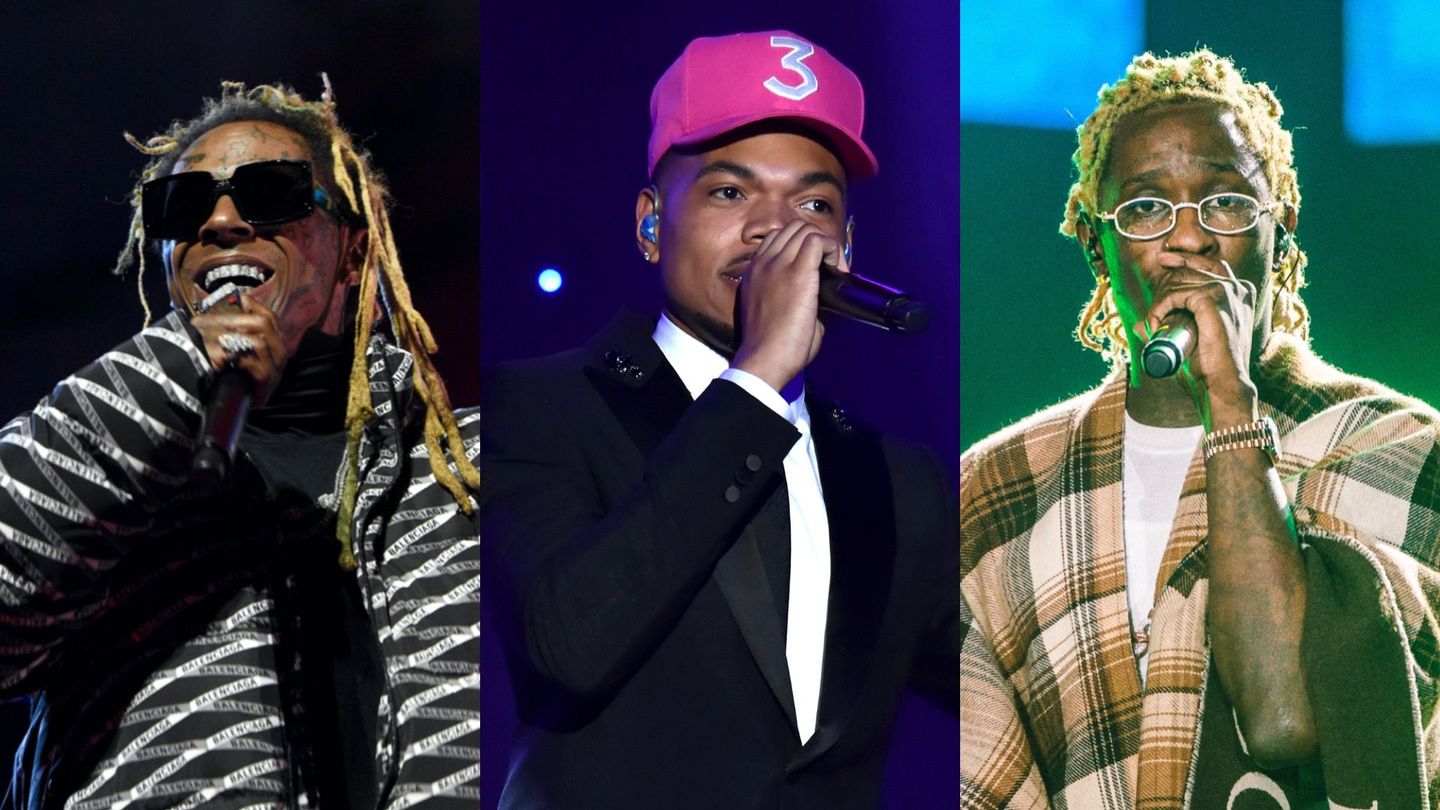 Chance the Rapper has spent the better part of a week dropping bits and pieces of new songs on Instagram — so much so that he should just change his name to Chance the Dropper. His latest fresh tune is the biggest in this new series yet, bringing along both Lil Wayne and Young Thug to rap about love, lust, and just about everything in between.

The song doesn't have a name, but Chance referred to as "Instagram Song 8" in the caption accompanying its release. On it, Chance zooms through a warm pocket of space between stars and some booty-shaking handclaps to detail the kind of woman that he's attracted to. If she works for NASA and can spit a hot 16, Chance is in love with her presence.

Wayne comes in next to drop some clever tongue-in-cheek bars about staying away from love so that he can be on his Ps and Qs. "But it's hard to stop falling when you tripping though," he sheepishly admits.

Thug joins in for the fun with his own similarly slime-ball lines, comparing himself to Macaulay Culkin from Home Alone because of the way that he's so alone at the top. It's clear that he shares Weezy's similar sentiments about love that differ from Chance's.

Chance's latest loosie just further fuels the belief that he could be dropping something new soon. The rapper released The Big Day last year and since then, he's been pretty quiet musically. He has been busy with his other duties, like hosting the Punk'd revival on Quibi.

With so many recently teased tracks, the possibility that Chance actually does drop something seems to grow by the day. Maybe these loosies will be bundled as a new project. Or, alternatively, they could just remain relics of Instagram posts during quarantine.