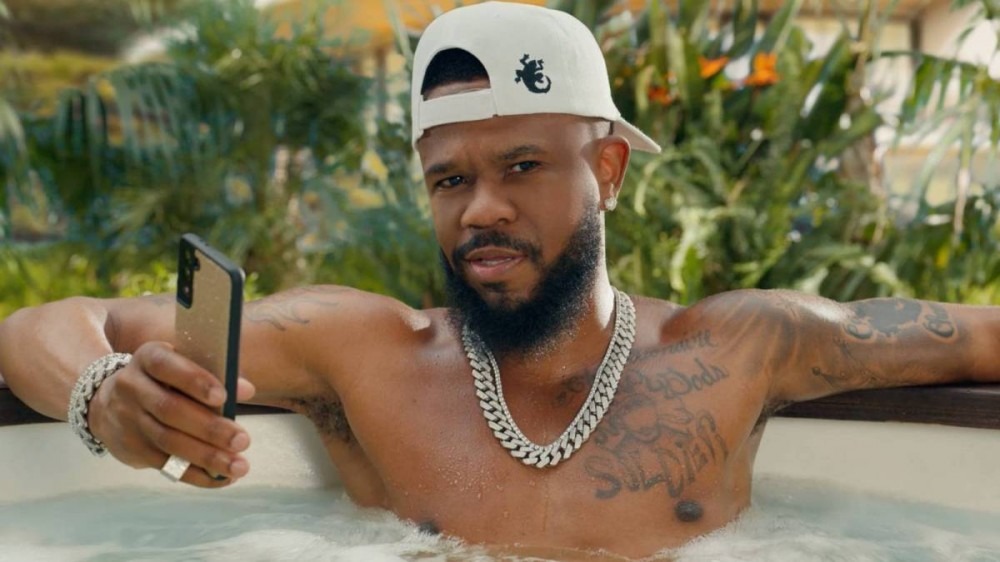 Exclusive – Chamillionaire has returned with a remix of his 2005 multi-platinum hit “Ridin’” featuring Krayzie Bone, which appears in a new ad spot for CarMax.

Twenty-two years after the original dropped, the track hasn’t lost its initial appeal. The hook is unforgettable, Cham’s rhymes are on point and it’s clear he’s still having fun with it. During a recent interview with HipHopDX, Chamillionaire revealed Universal Records was hesitant to release “Ridin’” as a single. But, to the label’s surprise, it was a smash and wound up being certified 4x-platinum by the Recording Industry Association of America (RIAA) in May 2007.

“Honestly, I never tried to make a hit,” Cham told DX. “I always was a person who just tried to make something that I thought would resonate with people. And you got to think about this concept. Everybody, it doesn’t matter whether you’re committing a crime or not, when you see police, you feel like you shiver up and put your seatbelt on.

“You make sure that you’re not breaking any rule, and there was never a theme song for that. I used to feel that feeling all the time coming from where I come from, because when you’re young and coming up in the urban area, sometimes you’re going to have interactions with police.”

Chamillionaire decided he was going to fix that and recruited one of his favorite artists, Krayzie Bone of Bone Thugs-n-Harmony, for the track.

“I was just like, ‘Man, I’m going to make a song for this feeling,’” he continued. “And then I put Krayzie Bone on it because he was a real star to me. I grew up on his music, and he killed it. But the record label didn’t even like that song. They didn’t even want that song to be a single. It’s because at the time, singles cost so much.

“My first single cost me like $150,000 for the beat, and they wanted me to go spend $250,000 on a Timbaland beat, and I wouldn’t do it. Then they were forced to have to put out the song that I wanted, which was Ridin’. That didn’t cost that much to make. And then it just went to the world. I remember being in Jamaica and all the kids, they were screaming the song. It was just everywhere I was going because everybody had that relationship with police, and I was just like, ‘OK, we got something here.’”

Now, with the “Ridin’” remix, people who may not even be familiar with the song will witness its rebirth, opening up a whole new audience for Chamillionaire. Some of the topics in the song — police brutality and racial profiling — are sadly still relevant today.

“I thought about that and thought about all the young generations, the kids that coming up that might not even know about that song,” he said. “We’re living in a different environment with social media, TikTok and all these other places. So often I’m trying to do something to keep the life of that song like legendary and just keep it in people’s minds. And every few years, I do something.”

While the 2005 version may have a more serious tone, Chamillionaire was able to flip the remix into something lighter. As he explained, “This was an opportunity for me to do something more celebratory. When CarMax and the Martin Agency reached out to me, they used the word celebratory a lot because they were like, ‘This is a first.’

“The campaign they’re doing is really amazing because it’s allowing people to have a 30-day money back guarantee on a vehicle they might purchase. So I was just like, ‘OK, this is a car song, and this kind of makes sense.’ There’s a lot of undertones in the original song, but every now and then, I’ll do something that’s a little bit more positive, like when I let Weird Al [Yankovic] do the ‘White & Nerdy’ version of it. It brings people back to that original record.”

“I remember back in the days when Snoop had the CDs and everybody was steamrolling over them, and they hated Hip Hop and congressmen were trying to stop it all,” he said. “Just seeing the evolution, and just even Snoop as an example, I see him in a commercial every 10 seconds it seems like. And it’s like, ‘wow.’ Watching how this culture has been appreciated and being revered in such a way is a great thing.”

Check back with HipHopDX soon for Part II of the Chamillionaire interview. In the meantime, watch the CarMax ad above.