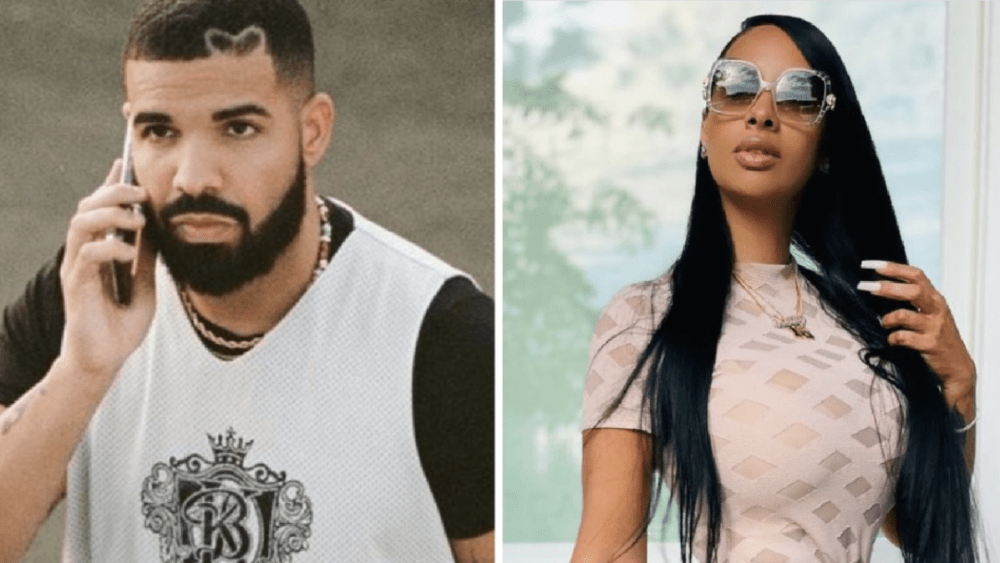 Los Angeles, Ca – Drake tried to hit a home run with his epic date-night setup. All was well until his cover was blown when an ABC7 helicopter reporter discovered the 6 God and Amari Bailey’s mother Johanna Edelburg dining up the third-base line of an empty Dodger Stadium on Thursday night (July 8).

Edelburg is the mother of Sierra Canyon High School basketball phenom Amari Bailey. Coincidentally, this all went down the same day he was named California’s Mr. Basketball — the top honor in California high school basketball — and he’s committed to head off to play at UCLA in 2022.

.@DRAKE ON A DATE? Randomly just flew over this cozy couple enjoying a private dinner along the third base line at an empty Dodger Stadium from #Air7HD @ABC7 #Drizzy pic.twitter.com/SjMR1UOgbo

Twitter, of course, had a field day with Drake being caught in 4K on a romantic night with all of the juicy storylines playing out seeing the Certified Lover Boy rapper in action.

“Drake is really about to be Amari Bailey’s stepdad,” one fan commented with a series of laughing emojis.

Drake is really about to be Amari Bailey’s step dad 😳🥶🐐😂😂😂 pic.twitter.com/qOwI9rXaAq

Bailey is the high school teammate of LeBron James Jr. and Drake began popping up at games with LeBron, with who he has a tight relationship, to support Bronny.

Then social media began questioning what was going on when Drake showed up without The King and was seated next to Johanna Edelburg at a game he attended with Michael B. Jordan in June. Drizzy has also been seen hanging with Amari Bailey at an arcade postgame.

The 6 God also might have a thing for empty stadiums, as he celebrated winning Billboard‘s Artist of the Decade at an empty SoFi Stadium as well. After having his date night plans foiled, look for Drake to attend the Conor McGregor fight in Las Vegas as part of UFC 264.

Find all of the best reactions to Drake’s date with Johanna Edelburg below.

Drake when he saw the potential of Amari Bailey: pic.twitter.com/dD33RkJzDf

Drake whenever he bumps into Amari Bailey after games pic.twitter.com/PfPFRfx4JM

Amari Bailey:” Drake man, its plenty of fish in the ocean, thats my mom, we’re friends”

This how Drake gone be at Amari Bailey next game. pic.twitter.com/3QaMpTDM2Z

Drake to Amari Bailey’s mom everytime they run into each other: pic.twitter.com/OdX4hX5m0D

Drake when he come to Amari Bailey next game pic.twitter.com/sKuOZwOdcI

Drake praying that the Raptors draft Amari Bailey so he can keep smashing his mom pic.twitter.com/JMGZK5MzVn