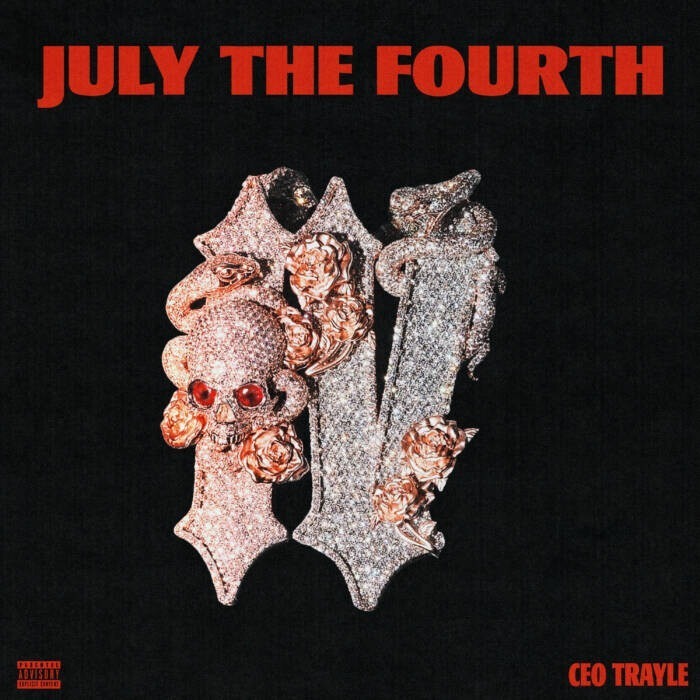 For many, July 4th is a celebratory occasion, but for CEO Trayle, the holiday has a much deeper meaning. Nine years ago on July The Fourth, Trayle suffered seven gunshot wounds as he successfully fought off an attempted home invasion. Trayle survived, but he suffered emotional scars that he still processes every day. Unpacking his trauma and expressing his gratitude for all he has, Trayle releases “July The Fourth,” a soulful new single. “July The Fourth” arrives with a brand new music video, in which Trayle enjoys summer weather with his family.

Produced by Twysted Genius, “July The Fourth” layers lush strings and triumphant brass, creating a pastoral canvas for the CEO to paint a pain-stricken Picasso. Using a deliberate, butter-smooth flow, Trayle matter-of-factly explains the mindset that helps him survive (“I’m just tryna protect myself like everybody else outside/I’m just riding getting high, everybody gettting by/But my new watch was 75”), and reflects on all that he would have lost if that fateful July 4th turned out differently: “Trayle, you can see him coming, mama cry like we cut onions/Said her baby boy made something outta nothing.”

“July The Fourth” is the centerpiece of Vier, an upcoming EP due to release this summer. The title derives from the German word for the number “4,” a number that has mythical significance in the life of CEO Trayle–or as he sometimes calls himself, C4. Vier features an appearance from Enchanting, Trayle’s fellow innovative Atlantan.

Vier continues a busy year for the 1080 Trademark CEO, highlighted by his recent project The Collection. Spanning eight tracks, the project reconciles Trayle’s pugilistic past (represented in songs like “Mr. Door Kicker”) and his luxurious present ( “Buy A Boat,” “Fendi’d Up”). Trayle recently took a trip to New York in the video for “Of Course,” the tape’s closing track.

Freshly signed to 10k Projects, CEO Trayle is following in the footsteps of his hero Gucci Mane, crafting street raps that are at once down-and-dirty and refined. The 27-year-old artist always stays true to his muse regardless of what’s fashionable, creating music against the grain in his home city of Atlanta during the heyday of the triplet-driven melodic trap. His music found an audience in Chicago, still home to his most significant base of listeners for his gritty bars and sinister style. Trayle’s trajectory skyrocketed after he released “Ok Cool,” a viral hit that generated over 60 million streams and earned a remix from Gunna. “Ok Cool” landed on Happy Halloween C4, a 16-track opus with appearances from Babyface Ray and Doe Boy.

With Vier EP on the way and much further to rising, CEO Trayle is primed to take over the rap game, and become the most watchable villain since The Joker.