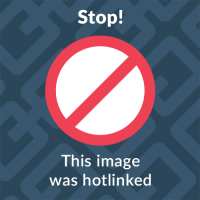 Bubbling up in the streets of Chicago in the early 2010s, drill has evolved into a worldwide phenomenon. Today, Central Cee, one of the biggest stars of the red hot UK scene, recruits an all-star array of drillers from all over the continent in “Eurovision,” his new music video. Produced by Flem, Young Chencs & NKO, “Eurovision” bares no resemblance to the music of the Europe-wide song contest that gives the track its name, instead bringing ethereal choirs, militant snares, and sliding 808s to create an apocalyptic atmosphere.

The first song on any of Central Cee’s mixtapes to feature guest artists, the song rolls out the red carpet for a multi-lingual posse of kindred spirits: Rondodasosa (Italy), Baby Gang (Italy, via Morocco), A2Anti (UK), Morad (Spain), Beny Jr (Spain), ASHE 22 (France), and Freeze Corleone (France). The video emphasizes drill’s global nature, capturing the emcees in their element: Cench and A2Anti chill in Shepherd’s Bush, London; Rondo and Baby Gang mob in San Siro; Milan, Morad and Beny kick it in La Florida, Spain; while ASHE 22 and Freeze Corleone closes out the affair in Pantin, a neighborhood in northeast Paris. Directed by Wot Productions, the video demonstrates an inspiring solidarity among communities in the streets of Europe and the UK, presenting a united front that can conquer the global rap scene.

“Eurovision” is a highlight track from 23, the brand new mixtape from Central Cee.  A matured and elevated sound, the 15 track project delves deeper into Cench’s mysterious character, sharing some of his most personal moments to date. The tape is home to singles like “Retail Therapy,” a hard-hitting, jazz-sampling video single (8+ million views), and  “Cold Shoulder,” which explores the realities of Central Cee’s past and the process he’s currently going through, “Khabib,” which racked up more than 4 million YouTube views in just its first week of release, and debuted at #22 on the UK’s Official Charts, and last week’s “Straight Back To It,” a new smash that racked up over 1.2 million Spotify streams and 1.8 million YouTube views (peaking at #2 trending) in just three days.

The mixtape charted at #2 on the UK Midweek Charts, with three singles listed on the UK Official Charts’ Top 50, seven tracks in Spotify UK’s Top 100 songs, and 10 tracks in Apple Music UK’s list of top-streamed songs. Also debuting at #2 on Spotify’s global debut albums chart, 23‘s success continues a year-long run that has seen Cench emerge as perhaps the biggest breakout star in the UK rap scene, with over 1 billion streams across platforms in just 12 months.

Central Cee is taking over and the 23 mixtape’s arrival is certain to propel him even further on his unparalleled journey from West London’s Shepherd’s Bush to the ranks of hip-hop’s global elite.

Watch “Straight Back To It”: https://ada.lnk.to/StraightBackToIt-Vid