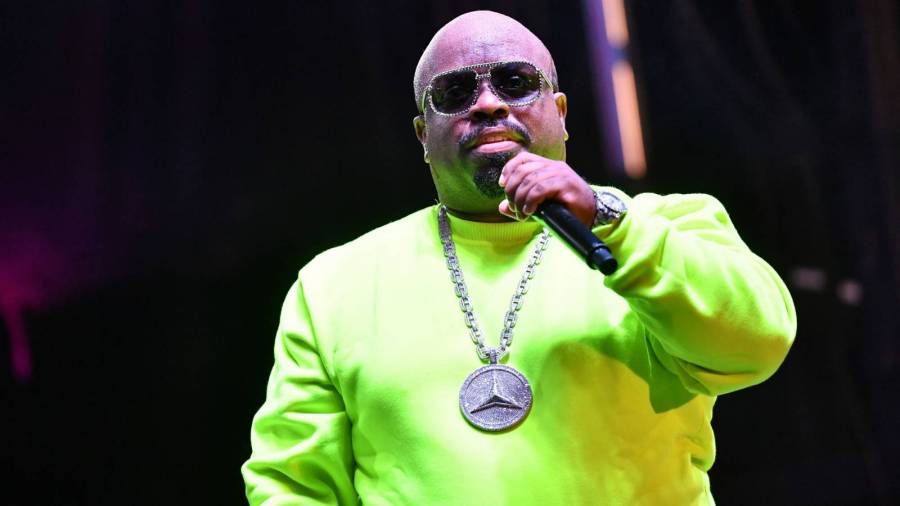 Exclusive – CeeLo Green, Khujo, T-Mo and Big Gipp — collectively known as Goodie Mob — made their triumphant return on Friday (November 13) with Survival Kit, their first album in seven years. The 16-track project reunited several of the Dungeon Family members, including Outkast’s André 3000 and Big Boi who appear on “No Cigar” and “Pray 4 Da Sheep,” respectively.

Formed in Atlanta around 1991, the Dungeon Family wove together Southern Hip Hop, soul and funk into a colorful tapestry that would ultimately change the course of the culture. Anchored by the production team Organized Noize, which was comprised of Rico Wade, Sleepy Brown and Ray Murray, the Dungeon Family bubbled to the surface from Wade’s studio in the basement of his mother’s Lakewood Heights home.

Outkast exploded onto the Hip Hop scene in 1994 with their breakthrough album Southernplayalisticadillacmuzik and Goodie Mob followed a year later with their eponymous debut Soul Food. Meanwhile, Organized Noize was producing platinum hits for TLC, En Vogue and Ludacris. Needless to say, life in The Dungeon was turning up roses.

But in 2002, after the Goodie Mob albums Still Standing and World Party, CeeLo further ventured into solo territory and released Cee-Lo Green and His Perfect Imperfections. Over the next several years, CeeLo’s star power went from local Atlanta Hip Hop hero to Grammy Award-winning celebrity after he formed Gnarls Barkley with producer Danger Mouse.

In 2006, their debut single “Crazy” peaked at No. 2 on the Billboard Hot 100 and No. 1 in the United Kingdom. Their subsequent album St. Elsewhere went platinum and was nominated for a Grammy in the Record of the Year category but wound up taking home two gilded trophies for Best Alternative Music Album and Best Urban/Alternative Performance.

That was only the beginning for CeeLo. In 2010, he dropped the solo single “Fuck You,” another Billboard Hot 100 hit. The song peaked at No. 2 in the United States and No. 1 in the U.K. Since then, he’s found a home in television with appearances on The Voice, Saturday Night Live, Anger Management and, most recently, The Masked Singer. He also did voiceover work on the animated film Hotel Transylvania.

As Soul Food turned 25, CeeLo spoke to HipHopDX about his astronomical success and if it ever caused any conflict with the rest of the Goodie Mob. He explained staying true to who he’s always been was crucial in his crossover to international recognition.

“I think sometimes the tension and the nervous energy is not necessarily knowing if that circumstances will change the person,” he tells DX. “I didn’t get into the game to change, I got into it to give. And so, my ideals and my integrity, it just all remains intact. I’m very fortunate and very humbled that I could step out on a limb and take a leap of faith and land on my feet. So that’s humbling in its own right. But sometimes it could be dizzying, it could jade somebody of a weaker character. But my heart is wired different.”

He continues, “But we’re all human and I’m pretty sure that it was just peculiar at different points in times, because everybody has dreams and ambitions that go beyond whatever the Olympic limitation is or what have you. So nobody wanted to feel bound by anything. And if people know this, the true historical account of Goodie Mob, you’ll know that I came into the group as a solo artist. I didn’t really know when exactly I was going to strike out and do something independent, but I knew that inevitably and ultimately I would get the opportunity to do it.”

That’s not to take anything away from Goodie Mob. As CeeLo points out, all three of the group’s albums were certified gold by the Recording Industry Associate of America (RIAA) and André 3000 consistently credits Goodie Mob for Outkast’s existence. The mere fact Goodie Mob just put out another album and remain tight all these years later is a testament in itself.

“We had three consecutive gold records together, which is more than we could have imagined — and it wasn’t by our design,” he says. “We initiated Goodie Mob as a means for everybody to be heard simultaneously, for those core elements to be able to run in concurrent, everybody being established and introduced at the same time.

“Everybody has different ambitions and avenues to take. So like where your decision, where your drive and where your destiny takes you, you have to take that up with the creator.”

For CeeLo, he says he chose to manifest his own destiny and, by all accounts, succeeded by listening to God’s will.

“Everybody doesn’t have the same ritual, but I pray, I intercede and I meditate for things that I want,” he continues. “I will and I speak into existence, so I got exactly what I wanted. I wanted the opportunity to let my little light shine down on the world. Can you imagine if I would have stifled myself for the sake of somebody’s opinion or something like that?

“I could never have done that, because I’m more afraid of not doing God’s will than I am afraid of other people’s opinions. I knew that there would be repercussions if I was not obedient. So intuitively, I knew it was that time for me. No one ever asked me to diminish myself for them.”

At the end of the day, CeeLo knows any win for him is a win for the entire Dungeon Family anyway.

“We all have been longtime friends,” he explains. “With men, there’s different personality differences, different artistic differences, opinions. Like, we’re men, we’re fathers, heads of households, and that energy is there, that tension is there at times. But no, we don’t leverage what we’ve gained separately against each other. We leverage it for the greater good of the collective. So in my opinion, Gnarls Barkley, Cee-Lo Green, The Voice, ‘Crazy,’ ‘Fuck You,’ everything — that’s a win for Dungeon Family.

“It’s no different than, ‘Hey Ya!’ or ‘The Way You Move’ or anything Outkast did. Like, ‘Hey, that’s my win too.’ That’s a win for Dungeon Family. Their success is my success, my success is their success, and I believe that we should all share and share like in that way.”

Even with all CeeLo has accomplished over the last 25 years, he’s always looking forward to his next endeavor or trot across the globe. But while COVID-19 has the music industry in a cruel holding pattern, right now he’s focused on his family and making good music. The forced downtime has also given him ample time to think about what he wants to leave behind — and that’s “a legacy of love.”

“The road was paved as a labor of love,” he says. “I’m more of a fan than I am anything. I’m not even myself most of the time, I’m a fan more often. I get a chance to step on stage and be Cee-Lo Green for hours at a time. But when I’m unplugged, I really look up to the things that I consider to be great.

“But the first ingredient to being great is having great taste, and I always say that. There are things and people, an act of expression and art and the endeavor that I heralded to be and hold up so much higher than myself. So a legacy of selflessness and acknowledgement. I love this life. I’m just a lover. That’s it.”