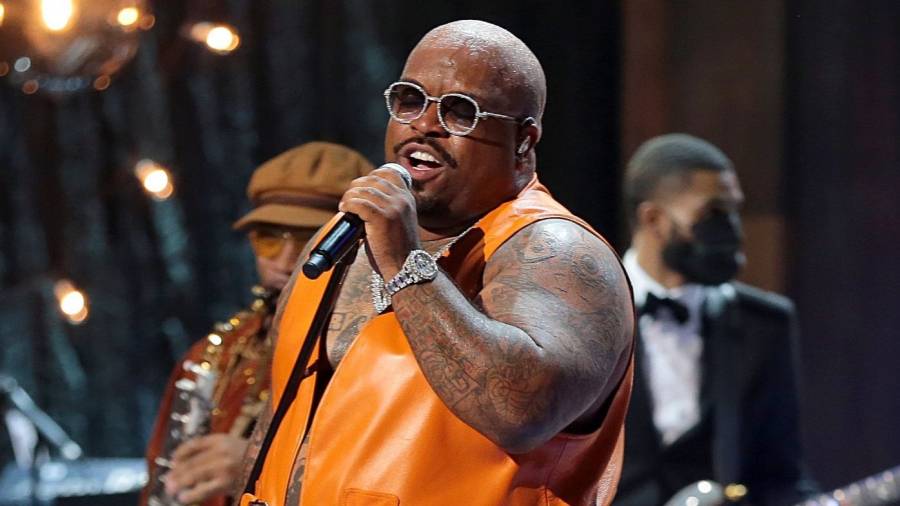 Exclusive – CeeLo Green was only 18 years old when his mother Sheila J. Tyler-Callaway died. A firefighter, Tyler-Callaway was paralyzed in a car crash and passed away two years after the accident.

Then an aspiring MC/singer, CeeLo had already suffered another insurmountable loss at 2 when his father, who was a Southern Baptist minister, died. Needless to say, he’s no stranger to profound loss. But like most artists, CeeLo took his pain and poured it into his music as a way to comb through the often confusing emotions that come along with grief.

In 1994, just a year after Tyler-Callaway’s death, Goodie Mob teamed up with their Dungeon Family brethren Outkast for the single “Git Up Git Out” from the Atlanta duo’s debut album Southernplayalisticadillacmuzik and their respective (and soon-to-be legendary) careers started to take shape. But as noted in the lyrics, CeeLo’s opening verse is rife with tales of his tumultuous upbringing, which included dropping out of Benjamin E. Mays High School in the early ’90s.

The line “I don’t recall ever graduating at all/Sometimes I feel I’m just a disappointment to y’all” was purely autobiographical and based on his familial relationships.

“That refers back to my mother again,” he told DX. “I don’t want our conversation to be heavy, but the truth of the matter is my mother was a strong personality. She was not lenient but liberal. My auntie was the artist in our family, a singer. That was the connection that we had. So my auntie took me in and I lived with my aunt for a greater part of my young adolescent life.

With that, CeeLo collected his belongings and moved in with his aunt who encouraged him to sing. Eventually, he knew it was time to embark down his own path and take some responsibility for himself.

“That’s why in the song I said, ‘Times is rough, my auntie got enough problems of her own,’” he explains. “This was a real conversation, a conversation with myself and not necessarily a verbatim conversation with her but the gist of it. I wrote that rhyme in a notebook and I said to myself that if I ever get the opportunity, this will affirm to her that I got my head on straight and I’m paying attention. Even as the song says, ‘But some time must be invested for this to be manifested,’ that verse is the absolute truth.”

“Git Up Git Out” clocks in at nearly seven and a half minutes and features André 3000, Big Boi, CeeLo and fellow Goodie Mob member Big Gipp taking a deep dive into their upbringings. It also takes an honest look at addiction and how people can get caught up in that lifestyle, unaware of how it’s dragging them down.

Speaking to DX, Goodie Mob member T-Mo agreed the song’s message is timeless and partly gave him the confidence to return with the first Goodie Mob album in seven years, Survival Kit, which arrived earlier this month.

“This message has lasted for 25 years,” he said. “It’s been used by a lot of artists here and there. It just shows when you say something that’s real, it’s going to stick to your chest like concrete. It’s going to always be with you — magical music. Being able to say we have a number of records people can really go to and say, ‘Man, this record helped me live,’ that’s the reason why I’m good in my head to come back.”

Revisit the “Git Up Git Out” video above.