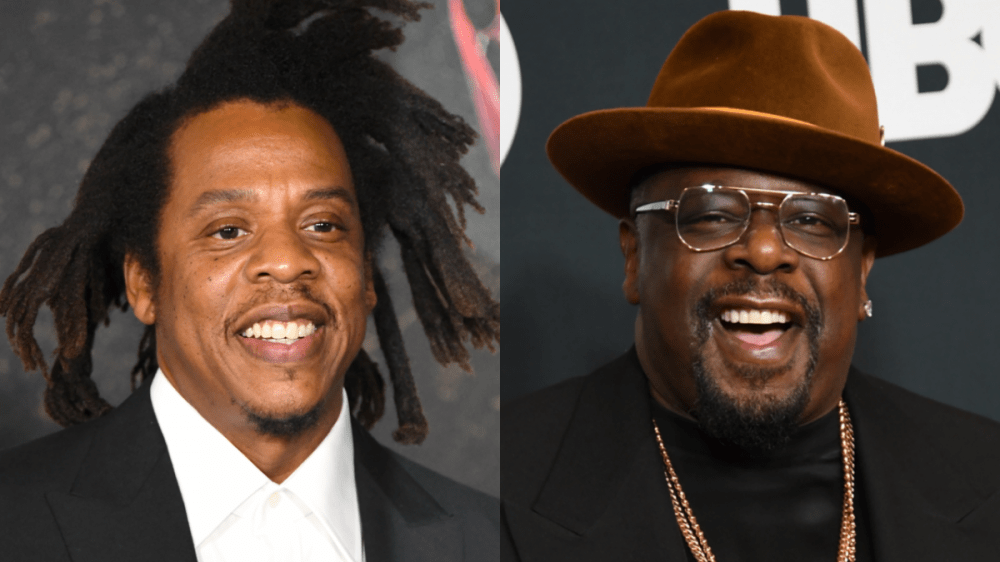 JAY-Z’s The Black Album — billed as his “retirement” album in the run up to its 2003 release — boasted a heavyweight supporting cast of Pharrell, Kanye West, Timbaland, Just Blaze, Rick Rubin, Eminem and DJ Quik, among others.

Unbeknownst to some fans, the album also contained an uncredited contribution from comedy/acting legend Cedric The Entertainer, who provided the hilarious, faux-menacing skits at the beginning and end of “Threat.”

During a recent appearance on William “Fuzzy” West and Quincy Harris’ FAQ Podcast, Cedric The Entertainer explained how his collaboration with JAY-Z came about. The 58-year-old recalled running into Hov in New York City and asking if he could swing by the studio and watch him in action. Hov obliged by inviting him to a session.

“It was random,” he said. “I was in there, watching him do his thing. The Black Album was his last album so I pitched him an idea. He was on his way out and I was like, ‘Yo man, I’ve been having this funny idea of doing the Beverly Hills Cop thing with you.’

“He was like, ‘Oh, that’s funny. I like that. But I’m working on this song called ‘Threats’ that I need somebody just threatening people on.’ I was like, ‘Aiight!’ So then he left and it was me and [Young] Guru. I just went in there and freestyled that shit! Just was making it up, having a good time.”

Cedric — who has also done skits on Nelly’s Country Grammar and Bun B’s Trill OG — then remembered getting a phone call from JAY-Z to say he made the album.

“That was a crazy call,” he continued. “He was like, ‘Yo Ced, what’s up? This shit made the album, the ‘Threats’ shit.’ I was like, ‘What the hell?! I’ma be on The Black Album, n-gga?!’ That shit was legendary, dawg. That was one of those fucking dope-ass moments.”

“@cedtheentertainer man we had a great time making that song,” he wrote. “First off I was super excited that @9thwonder had the possibility of making the album. @cedtheentertainer is really a ‘King of Comedy’ because he did at least 30 minutes of complete freestyle. That night was one for the books.”

He added, “A couple years ago I did some ‘special edits’ where I used some of the other stuff he said that night. Only me and @9thwonder have that version.”

“Threat” was also a pivotal moment for 9th Wonder, who in 2003 was a burgeoning producer behind the North Carolina rap group Little Brother alongside Phonte and Rapper Big Pooh. Despite not being nearly as established as other producers on The Black Album, 9th rose to the challenge of sampling R. Kelly’s “A Woman’s Threat” — and the rest, as they say, is history.

“[Young Guru called me] and said, ‘Man, I’m a fan of Little Brother and I love your beats. Can you get to New York to play beats for Jay?’ 9th recalled in a 2013 REVOLT interview. “I got to New York and I played 29 beats for him. That was a Saturday and when I came back that Monday he said, ‘I’m doing a song called ‘Threats.’ Can you do anything with this sample?’

“I was like, ‘Yeah.’ He was like, ‘Well, I’ll be back in 25 minutes.’ So I had that much time to work! It seemed like he had been sitting on that idea for a long time, but didn’t have the right person to do it. It was definitely a put-on-the-spot type thing. That could have made me or broke me.”