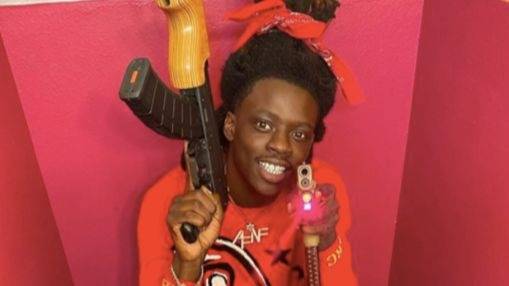 Orlando, FL – Cash Money Records rapper Jacquavius Smith — better known a 9lokkNine (or GlokkNine) — has reportedly been sentenced in his federal firearms case. According to Click Orlando, the known Orlando-area gang member was sentenced to more than seven years in a federal prison after pleading guilty to three weapons charges. Smith was arrested in 2020 for possessing a gun as a convicted felon and was denied bond after a judged deemed him a “danger to society.”

Smith was ultimately indicted on multiple federal firearms charges in February and pleaded guilty to three counts five months later: possession of an unregistered firearm, using another person’s identity and committing a crime while on pretrial release. Court documents show Smith will serve 87 months in a federal prison, three years of supervised release and drug treatment. He’ll also have to pay $10,416 in restitution.

But that’s just the tip of the iceberg for Smith. He still faces racketeering charges in state court, where his trial scheduled for March 2022, as well as charges of attempted second-degree murder. In January, investigators accused the rapper of firing a gun into an Orlando home in July 2020 as he was attempting to target another local rapper. A woman was inside with her children at the time, but no one was injured. A witness told detectives, “9IokkNine wants to be the only rapper coming from Orlando.”

In June 2020, he was again taken into custody in Orlando, Florida on charges of possession of marijuana with the intent to distribute and illegal firearm possession. He was slapped with 17 charges in total, the most serious being possession of cannabis with intent to sell, possession of a firearm by a convicted felon and third-degree grand theft of a firearm.