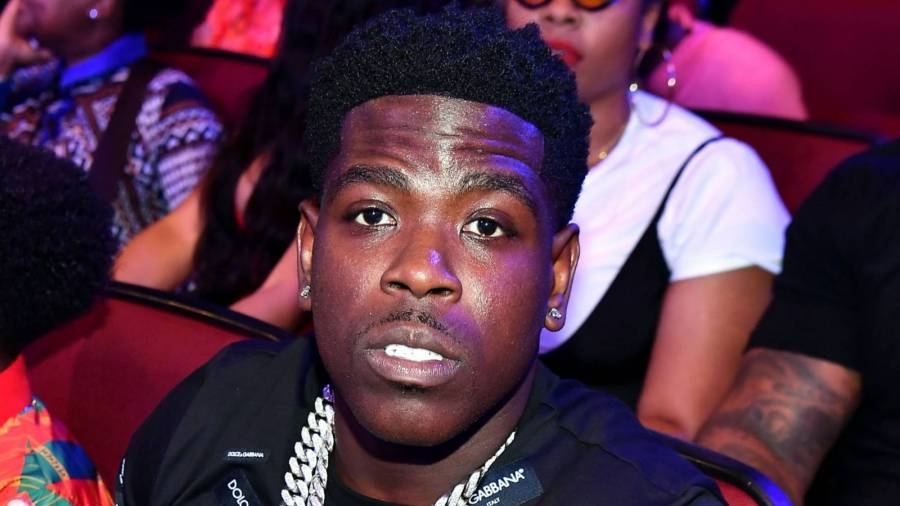 New York, NY – Casanova is currently embroiled in some serious legal troubles. On Wednesday night (December 2), the Roc Nation rapper surrendered to New York City authorities after he was named in a RICO case alongside 17 other alleged members of the Untouchable Gorilla Stone Nation gang.

Now, Casanova’s longtime girlfriend and mother of his child Swaggy Jazzy is doing a little damage control after a video of what appears to show her best friend snitching on Casanova started making the rounds on social media. In the clip, the friend clearly confirms he’s the person the investigator is asking about.

But according to one of Jazzy’s Instagram Stories, the video pre-dates her boyfriend’s arrest and has nothing to do with his most recent troubles.

“I’m going through a stressful time right now and I would appreciate if y’all stop tagging me and speaking on stuff y’all don’t know about. Not everything you see in the media is true. And that video that’s being posted is old and don’t have anything to do with this case or why my husband is locked up.”

“I appreciate all the positive messages everyone is sending me and I just want to let y’all know that me, my daughter and Cas is good. My husband is innocent until proven guilty remember that!”

Understandably, Jazzy is distraught over the recent turn of events. On Thursday (December 3), she penned another Instagram post proclaiming his innocence.

“Last night was the longest, worst, emotional ride of my life riding with my husband to surrender hisself knowing what he’s up against,” she captioned the post. “I just wanted to hold him in my arms and scratch is back (like he loves me to do) forever at that moment but He’s the strongest man I know and one thing about Cas is he don’t run from his problems he faces them like a man.

“We gon get through this. Don’t believe everything you see! my husband is innocent until proven guilty always remember that and we’re gonna fight for his freedom! I love you baby me and Cassie got you like you had us and I’m still repping 2 X 2thedeath.”

Casanova is facing a litany of charges, including racketeering conspiracy, firearm possession and conspiracy to distribute controlled substances. If convicted, he faces up to life in prison.