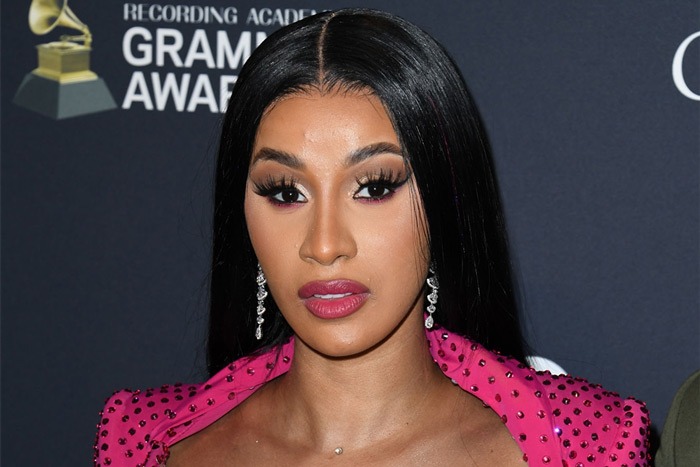 Fans will have to wait a little longer for Cardi B’s new single.

The highly-anticipated track has been put on hold due to concerns surrounding the coronavirus pandemic that’s affected everything from the NBA to Coachella.

“Where the single ?!?” a fan asked her to which she responded, “It’s delay due to the virus.”

The Grammy winner previously expressed her fear over the impact of the coronavirus outbreak. “I ain’t gonna front. A bitch is scared, I’m a little scared,” admitted Cardi while pacing around in her dressing room. “Shit got me panickin’, and a lot of you motherfu**ers think it’s a joke … but that shit right there, just because you’re immune to it, guess what? Your pocket ain’t, bitch, because a lot of shit comes from motherfu**in’ China, bitch.”

In a later video, she even threatened a move to Antarctica. “Let’s stop playing around. Is this coronavirus shit gonna be like a couple of weeks type of shit or it’s gonna be a couple of months type of shit? Let me know so I can start motherfu**in’ rackin’ up on foods and Monclers so a bitch could move to motherfu**in’ Antarctica, bitch,” she said while applying hand sanitizer. “I was really thinking about moving to the islands but the shit is motherfu**in’ spreading. I know ain’t nobody going up there but I is, bitch.”

Cardi has been hard at work on the long-awaited follow-up to her debut Invasion of Privacy. Last month, she teased an 8-second snippet of a new track. “Ayyyyy put some respect on my name,I brought you nothin but flames I’m boutta do it again !” tweeted Cardi.

It’s unclear how the single delay will affect her album rollout, but the project is nearing completion. “I have my cool, calm, and collected songs, just missing a couple of more club hits,” she recently told Baller Alert. “But we getting there.”

The album, tentatively titled Tiger Woods, follows 2018’s Invasion of Privacy, which is the longest-charting debut album from a female rapper in history, spending 100 weeks on the Billboard 200.