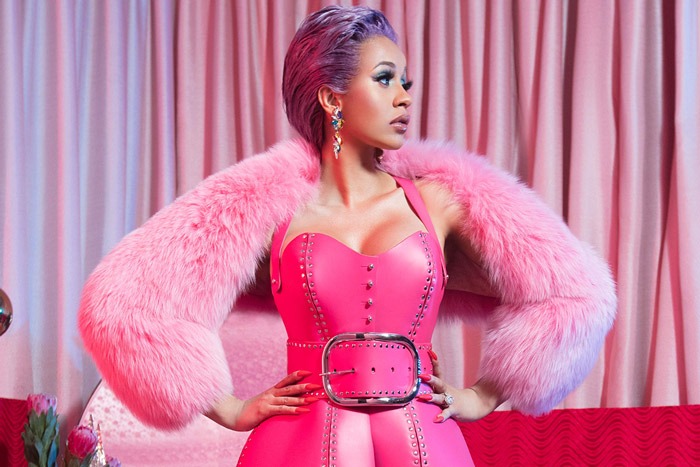 Cardi B is making chart history.

The rapper’s debut Invasion of Privacy has become the longest-charting debut album from a female rapper in Billboard history. According to her label Atlantic Records, the project has spent a total of 92 weeks on the Billboard 200.

.@iamcardib ‘s #InvasionOfPrivacy is now the longest charting debut album from a female rapper in @billboard HISTORY spending 92 weeks on the Billboard 200🏆💪🏽 Drop your fav track off the album in the comments below 👇🏽 pic.twitter.com/uijtTlX5b2

Invasion of Privacy, which was released on April 6, 2018, was certified triple platinum and spawned a pair of Hot 100 No. 1 hits, “Bodak Yellow” and “I Like It.” Cardi also became the first solo female rapper to win a Grammy for Best Rap Album.

A grateful Cardi was humbled by the news. “Thank you everybody ! Hopefully by the time I put my second album out IOP still charting,” she wrote. “It will be dope to have two albums charting at the same time ! Ugh THE PRESSURE ! Thank you for the love.”

Thank you everybody ! Hopefully by the time I put my second album out IOP still charting .It will be dope to have two albums charting at the same time ! Ugh THE PRESSURE ! Thank you for the love .❤️❤️❤️❤️❤️BGBGBG!

The Pepsi spokesperson is now prepping the follow-up for release this year. Earlier this month, she teased a new Wheezy-produced track that may appear on the project.

In her recent Vogue cover story, Cardi opened up about the highly-anticipated release. “So it’s scary because it’s like, now you got to top your first album, and then it’s like, damn. I wonder if people are gonna relate to the new things, to the new life, to the new shit that I gotta talk about now,” she told the magazine.

She is also considering a run for Congress. Taking to social media this week, the rapper shared her political aspirations. “I do feel like if I go back to school and focus up I can be part of Congress,” tweeted Cardi. “I deadass have sooo much ideas that make sense. I just need a couple of years of school and I can shake the table.”