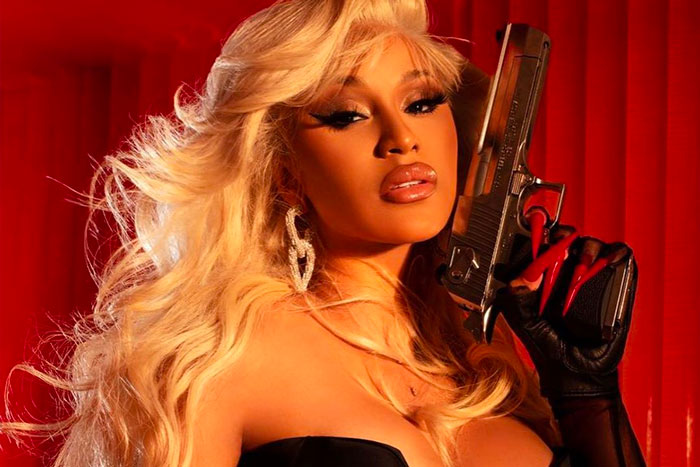 The rapper has earned another milestone with her debut Invasion of Privacy. The Grammy-winning album, which was released in April 2018, has become the longest-charting album by a female rapper in the history of the Billboard 200.

A grateful Cardi reposted the stat while reacting to the news. “It feels very good!” she told fans. “Thank you guys for still supporting and listening to invasion of privacy.”

The title was previously held by Nicki Minaj, whose 2014 album The Pinkprint spent 123 weeks on the Billboard 200. Invasion of Privacy has now surpassed Nicki with 124 weeks.

Meanwhile, Cardi’s latest single “WAP” continues to dominate the Billboard Hot 100. After debuting at No. 1 with record first-week streams, the Megan Thee Stallion-assisted hit remains No. 1 for a second week and is the first song to spend its first two weeks on the Hot 100 at No. 1 since Ariana Grande’s “7 Rings” in February 2019.

Cardi is now readying her highly-anticipated sophomore album. “Working on my second album, it’s takin time but I want to make sure i put a amazing project,” she said.

It feels very good !Thank you guys for still supporting and listening to invasion of privacy.Working on my second album,it’s takin time but I want to make sure i put a amazing project.