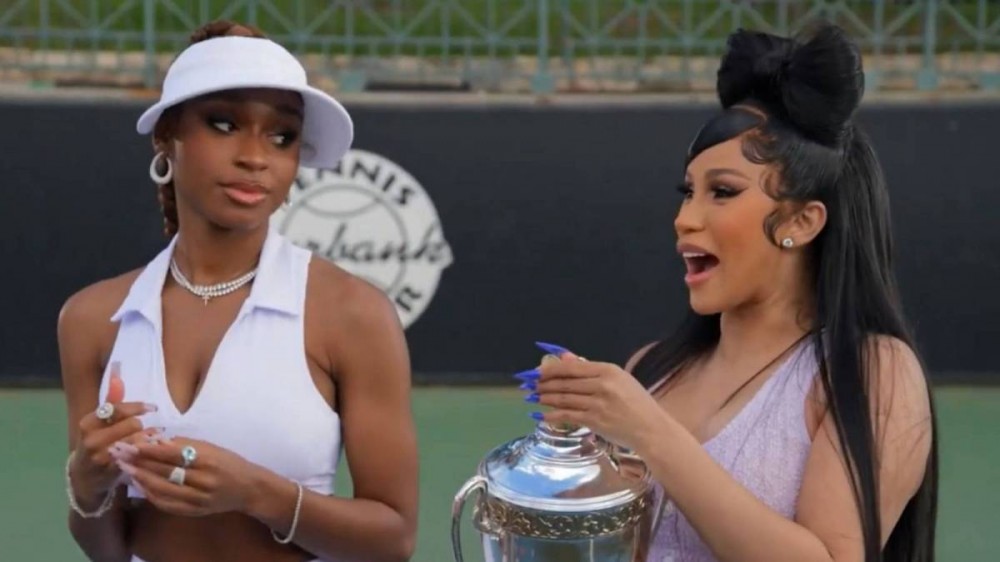 On Friday (May 12), the Brooklyn-bred lyricist appeared in a new segment for her Cardi Tries series alongside her “Wild Side” collaborator Normani. During the brief video clip the duo attempt to master their overhand serves and backhand skills while being instructed by professional tennis athlete Taylor Townsend.

“I’m so scared! I don’t want the ball to hit me!” Cardi B told Townsend before smacking a ball directly at an unsuspecting camera operator.

Now 14-episodes into its second season, Cardi Tries has become a fan-favorite content experience for Bardi Gang stans. In addition to tennis, Cardi B has also tried her hand crafting country music with Jimmie Allen, fishing with Keke Palmer, and tattooing with her bunny Offset.

Along with her new Facebook show, Cardi B also recently became the newest cast member of the beloved children’s show Baby Shark. Last month, she did a voiceover as apart of her guest-starring role on the Nick Jr. show, which captures the “WAP” lyricist creating a new dance challenge with her underwater friends called the “Seaweed Shuffle.”

Watch the full segment below.