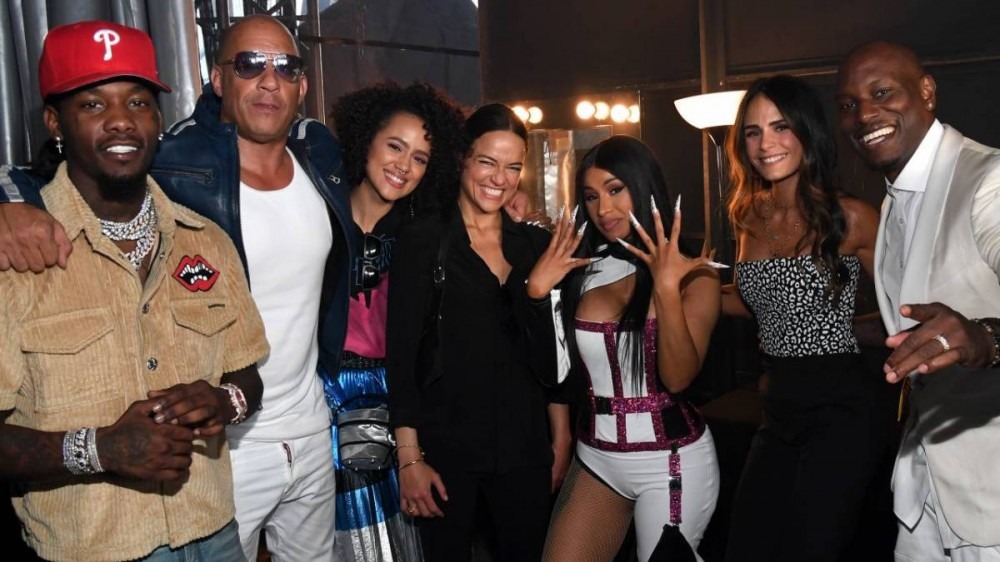 With the much-delayed F9 slated to hit U.S. theaters on Friday (June 25), Vin Diesel hinted that fans can expect more of Cardi B in the upcoming final two films of the blockbuster franchise. The Invasion of Privacy rapper will be making her Fast & Furious debut in the role of Leysa in F9.

“We are very much excited to evolve her character and to expand it to the finale,” Diesel teased in an interview with ET. “She made it just in time. She came in Fast 9 just in time.”

Cardi B was a late addition to the cast in October 2019 when Vin Diesel first uncovered Cardi’s involvement with the series, but it looks as if her character will continue to have a role in Fast 10 and possibly the Fast 11 finale.

“You know, like I said, the finale’s coming and F9 starts to align everything perfectly for the greatest finale in cinematic history,” Diesel concluded.

F9 director Justin Lin also had high praise when it came to working with Cardi B as an actress.

“I love Cardi, you know? I mean, it’s amazing she showed up and within a minute she’s part of the family, right?” he said. “And I love how when I got together with her, her and Vin were talking about the character because she’s actually really embedded into the overall universe, she’s been around for a long time and this is just the first time we are seeing her, so I’m really excited to explore that character of her.”

In a trailer released earlier in June, Cardi B described what it was like representing Leysa in the lucrative series. Her character is apparently tied to Dominic Toretto’s (played by Vin Diesel) past and makes her presence felt once again.

“I love the fact that I’m representing such a powerful, strong woman,” the Grammy Award-winner said of her character. “She’s just that bitch. Leysa’s such a badass.”