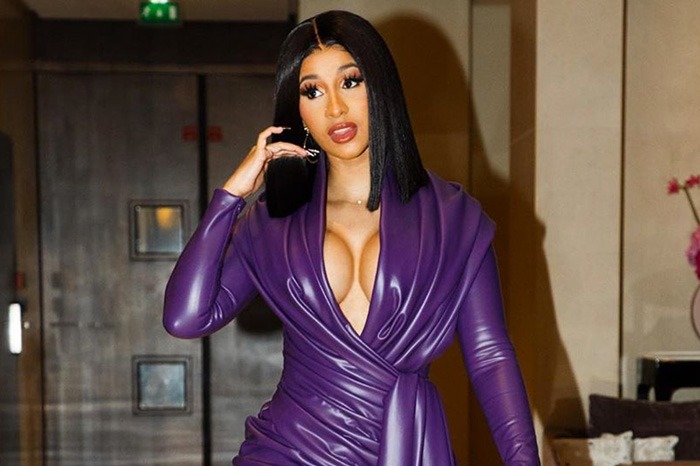 Cardi B is being sued by a female security guard who claims she assaulted her, but Cardi says otherwise.

The woman, named Emani Ellis, filed suit against the rapper on Friday in Los Angeles County Superior Court. According to the lawsuit, Ellis was working in a Beverly Hills medical building on Feb. 24, 2018 when the incident occurred.

In the docs, obtained by TMZ, Ellis alleges Cardi struck her in the head, face, and body while Cardi was exiting the building. Ellis also claims Cardi spit on her and used profanities and racial slurs.

Cardi had just left a doctor’s appointment when the guard approached her trying to record video or take photos of her. Cardi, who had yet to reveal her pregnancy, asked her to stop because she didn’t want to be recorded. She would have been about four months pregnant with her daughter Kulture at the time.

That’s when the security guard became upset and an argument ensued. A building staffer reportedly tried to break up their fight, but claims things never got physical and there were no racial slurs.

Ellis alleges that Cardi “then used her celebrity status to get her fired from her job as a security guard.” However, a rep for the medical building says that Cardi’s doctor and patient coordinator were the ones who called for Ellis’ firing because they felt she had violated Cardi’s privacy.

Ellis is suing Cardi for assault, battery, and infliction of emotional distress.

UPDATE: Cardi has responded to the lawsuit by denying the assault claims.

Why don’t you guys post the part where the doctor office said that that’s not what happen ?and if I assaulted why she didn’t press charges ? Why would I put my hands on some1 twice my size by myself while I’m experiencing sharp pain 4 months pregnant ? https://t.co/qLb0CjZUX0